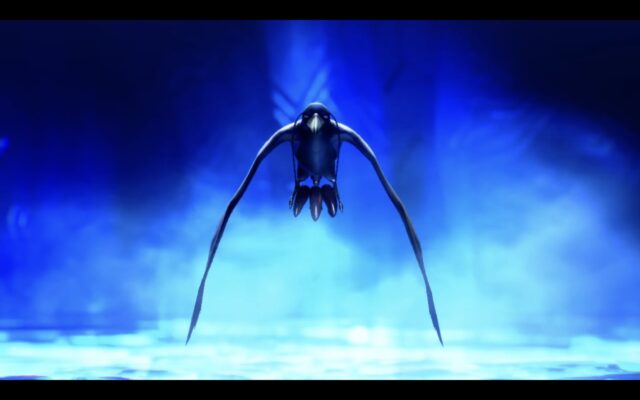 Another day, another set of Shin Megami Tensei V trailers. While there’s no set order or commonalities, sometimes the pair of videos might have characters with something in common. In the case of Yatagarasu and Mada, both are demons that have extra appendages in SMT V and Shin Megami Tensei games in general. Yatagarasu has three legs, instead of two. Meanwhile, Mada has four arms instead of two.

First, the Yatagarasu SMT V video appeared. This crow comes from Japan and acts as a guide from the gods. It is a Shin Megami Tensei staple that’s been around since the first game. In its trailer, it uses skills like Masukunda+2, Diarahan+2, and Hamaon+4.

The SMT V video for Mada showed up after that. Mada is a Hindu Arishadvarga. In addition to SMT titles, it showed up in Devil Summoner and Persona. Among the skills appearing here are Debilitate+2 and Mediarahan+3.

This might come as a shock, but there will be over 214 demons in SMT V. Each one of them will get their own video. Atlus even picked up the pace to share two each day, to ensure they’re out by the time the game is. In case you missed some past SMT V demon digests, here are the 20 that appeared before Yatagarasu and Mada.