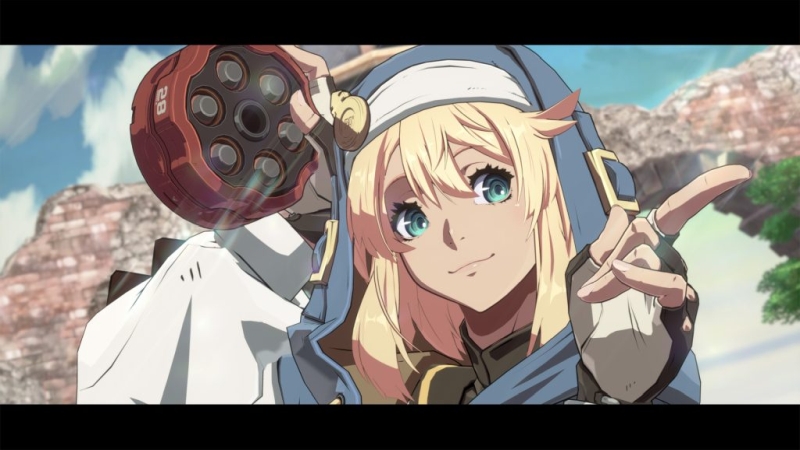 Bridget returns! Arc System Works had a surprise announcement for Guilty Gear fans at EVO 2022, and it involved the return of a beloved character. Bridget joins the Guilty Gear Strive roster on August 8, 2022, not even a day after the announcement itself. This is the first time Bridget is playable since 2003’s Guilty Gear Isuka.

Bridget is seen in a new outfit. Rather than the stylized nun outfit worn in previous incarnations, Bridget’s new clothing blends everyday wear with nun-like outlines and patterns. Bridget wears a jacket with a hood that resembling a nun’s habit, with a sweater, short skirt, and athletic shorts underneath. Bridget’s handcuff belt and yo-yo are still used as accessories, with the yo-yo functioning as a single-foot skate, as well.

Bridget was first introduced to the Guilty Gear roster in Guilty Gear XX. Born male in a village where having twin sons was considered a bad omen, Bridget was raised as a girl to avoid persecution. In previous games, Bridget conformed to the archetype of a cross-dressing male character, and was referred to with masculine pronouns. However, Bridget’s character biography on the official Guilty Gear Strive page appears to be written to avoid using pronouns at all. At this time, Arc System Works has not confirmed if it intends to change Bridget’s characterization. When Testament joined the roster in March, they confirmed that Testament is agender, and uses “they/them” pronouns rather than the masculine ones from previous games.