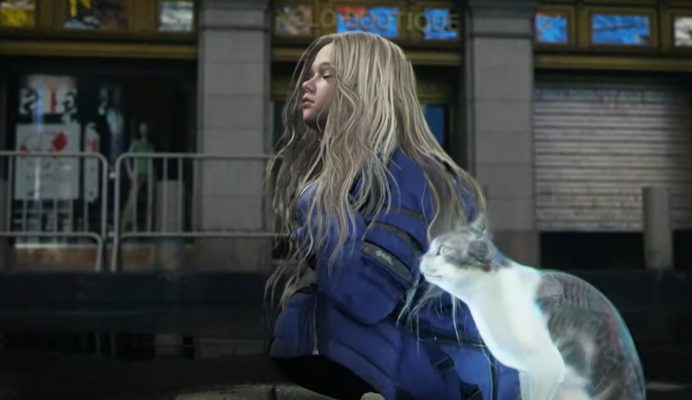 Two Capcom games were announced during the June 2020 PlayStation 5 event. While one was the next Resident Evil, the other is an entirely new IP. Pragmata will be heading to the PlayStation 5 and other platforms in 2022.

The first Pragmata trailer was rather vague. It started off with a person in some sort of space suit, though we also see a young girl and a digital cat. From there, we see the world change around them, until the two eventually appear on the moon.

Here’s the bit of footage that was shared during the event.

This is the first reveal of the game, but not the first we’ve heard of it. As AllGamesDelta noted and Daniel “ZhugeEX” Ahmad shared, a trademark was filed for it back in February 2020.

Retweeting this for no reason https://t.co/kevAcWGA8R

As a fun aside, the Capcom Pragmata announcement brought out Twitter parody account KazHiraiCEO. While the user was making multiple comments during the event, it referenced the long lost Deep Down when discussing this title.

People will be able to play Pragmata on the PlayStation 5 in 2022. It will also appear on the Xbox Series X, according to an announcement from Microsoft’s Aaron Greenberg. A PC version is on the way as well.