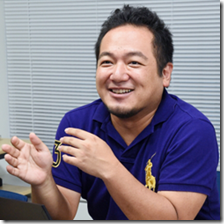 Deep Down is being created by the same department as Monster Hunter Frontier, Capcom’s Teruki Miyashita reveals in an internally-conducted interview at the company.

To get you caught up, Miyashita is the Senior Manage or Consumer Games Development Division 2 Department 2 at Capcom, and served as the management director of Monster Hunter Frontier.

Miyashita is also serving as a management producer on Deep Down and says that while Capcom have a rough schedule figured out for the first stage of the game, they aren’t pushing any sort of fixed schedule because user feedback will influence whatever adjustments and changes need to be made.

For Capcom’s online games in general, Miyashita says, the company has a 10-year plan, the first three years of which will be spent examining what features players like best. This is another part of the reason that the schedule needs to remain flexible.

“That is to say, if we prepared five plans at the start of the service and two of them gained positive responses from the users, we will further develop those two and reform and transform the other three plans that didn’t work out,” Miyashita states. “Thus we can bring the service closer to what our users want and can enjoy for years to come. Even though we have already planned a schedule for a ten-year-period, we’re always open to modifications.”

Miyashita also reveals that large-scale, online games at Capcom tend to require about 100 people working on them at a time. That said, team members aren’t fixed and are always shifting, so as to keep bringing new blood and ideas to the design plans.