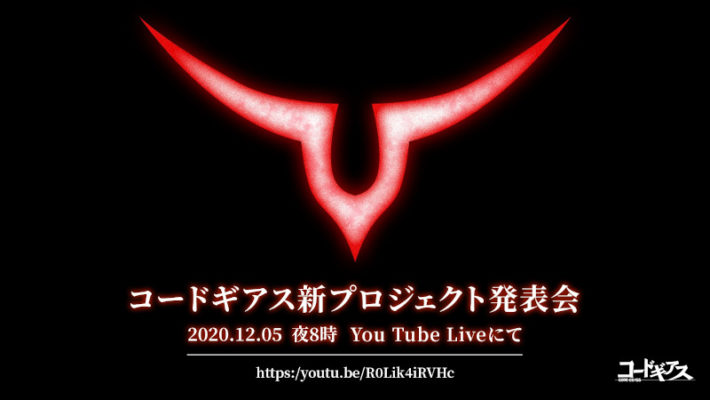 The Japanese Code Geass Project Twitter account revealed that a new project related to the anime series will be announced on Saturday, December 5, 2020, at 8 PM JST (6 AM ET). This announcement will be made through a live stream on YouTube.

The account also noted that the announcement date on December 5 coincides with the birthday of Lelouch vi Britannia, the protagonist of the series. No further clues were given, other than that the series is approaching its 15th anniversary.

Code Geass: Lelouch of the Rebellion is a mecha anime series that was broadcast on Japanese television from October 2006 to July 2007, with a second season aired in 2008. It tells the story of Lelouch vi Britannia, an exiled prince of the North America-based Holy Britannian Empire who uses a mysterious power called Geass to give absolute commands to other people and stage an uprising in the Britannia-occupied Japan.

A console game adaptation of Code Geass was first made as an RPG released for Nintendo DS in Japan in October 2007. Bandai Namco also made Code Geass: Lelouch of the Rebellion – Lost Colors, a visual novel that was released in Japan for PlayStation 2 in March 2008 and PlayStation Portable in December 2009.