A Jump magazine leak last night revealed that Tales of Symphonia Chronicles HD will have costumes from Tales of Vesperia in it. Now, we know who’s going to be wearing these costumes. Colette will get an outfit based on Rita and Sheena will get one outfit based on Judith. 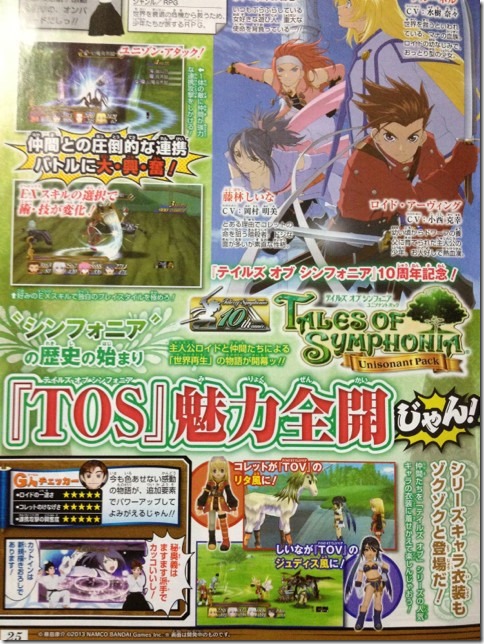 Tales of Symphonia Chronicles HD is slated for release on October 10th in Japan. North America and Europe will get the game sometime in 2014.