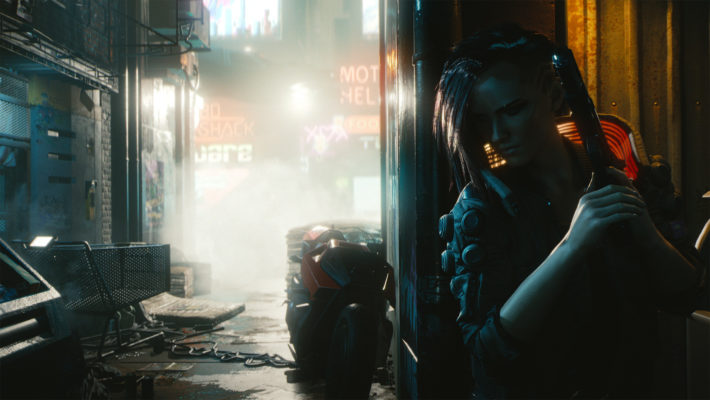 The road to repairing Cyberpunk 2077 will have some unexpected delays. CD Projekt Red issued an update on the planned rollout of fixes. The Cyberpunk 2077 1.2 patch was supposed to appear “in the following weeks” after the January 23, 2021 1.1 patch. It won’t and now has a tentative late March 2021 release window.

The cause for the Cyberpunk 2077 patch 1.2 delay was pinned on the February 2021 hack into CD Projekt Red. Following that, the hackers auctioned off things like the Red Engine source code.

While we dearly wanted to deliver Patch 1.2 for Cyberpunk 2077 in the timespan we detailed previously, the recent cyber attack on the studio’s IT infrastructure and extensive scope of the update mean this unfortunately will not happen — we’ll need some additional time.

Our goal for Patch 1.2 goes beyond any of our previous updates. We’ve been working on numerous overall quality improvements and fixes, and we still have work to do to make sure that’s what you get. With that in mind, we’re now aiming for release in the second half of March.

It’s not the news we enjoy sharing, but we want to make sure we launch this update properly. Stay tuned for more information as the time draws closer. Thank you for your continued patience and support.

This could throw off the initial Cyberpunk 2077 roadmap. It suggested 1.1 and 1.2 would appear in early 2021. Then, free DLC and the next-gen update would appear throughout the year. (The PS5 and Xbox Series X versions would appear closer to 2022.)

Cyberpunk 2077 is available for the PlayStation 4 and PlayStation 5 physically. It is also available digitally and physically on the Xbox One, Xbox Series X, and PC. People can get a digital copy via Google Stadia. The Cyberpunk 2077 1.2 patch will arrive in the second half of March 2021.