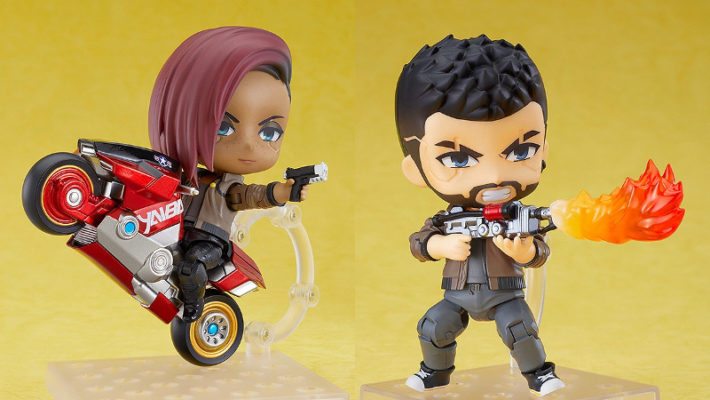 Good Smile Company celebrated the long-awaited launch of CD Projekt Red’s Cyberpunk 2077 by revealing Nendoroid figures of the protagonist V that will be available worldwide in July 2021. Pre-orders are immediately available at GoodSmile Online Shop until February 11, 2021.

The V Nendoroids will come in four versions. The default looks for both the male and female Vs are available with the $49.99 regular version. Each figure will come with an alternate facial expression, hand parts, and several cyberware and weapons. The Nanowire and Mantis Blade will be pre-attached to some of the hand parts. Good Smile Company will also release DX (Deluxe) versions of the figures at $76.99 that come with a motorcycle and even more weapons.

From “Cyberpunk 2077” comes Nendoroids of the protagonist, V! Both DX Nendoroids of V come with a plethora of weapons and cyberware from the game along with the Yaiba Kusanagi bike! Preorders open now!

The regular versions come with the Nanowire, Mantis Blade, Arasaka JKE-X2 Kenshin, and Kang Tao G-58 Dian. The more complete DX version adds the Militech Ajax and M-10AF Lexington, the Budget Arms Flamethrower, and the Yaiba Kusanagi motorcycle. The latter can be ridden by not only V but also other Nendoroids, such as the recently-revealed Ryza from Atelier Ryza and Arle from the Puyo Puyo series. 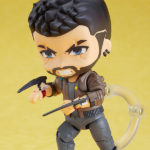 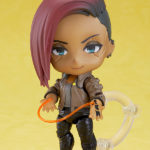 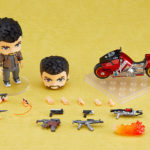 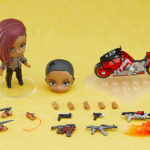 After numerous delays made to the game, Cyberpunk 2077 is finally available now on PlayStation 4, PlayStation 5, Xbox One, Xbox Series X, PC, and Stadia.