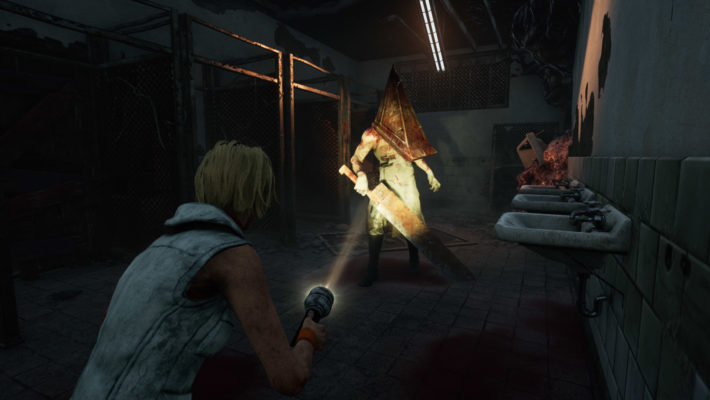 During Google’s July 2020 Stadia Connect, some games received a little more attention than others due to their unique additions. One was Super Bomberman R Online, due to it adding a 64-man battle royale. The other was the Dead by Daylight Stadia release. The Behaviour Interactive title will come to the service in September 2020. While part of it was because of the confirmation that the promised cross-play, which will come to various versions in 2020, will be here, it also is because it will have Stadia-exclusive Crowd Choice and Crowd Play features.

The Dead by Daylight Stadia announcement was one of the longer segments shown in the video. This is due to it actually showing how the Stadia-exclusive features will work. After showing it in action with clips that even included the Silent Hill content, it looked at more specific elements.

For example, it started with Crowd Choice. If this is enabled when someone is streaming, then the viewers who are watching can determine if a player will be a killer or a survivor. After the role is chosen, the audience will then choose which killer or survivor the person will use.

As for Dead by Daylight Crowd Play, that’s fairly obvious. The person streaming will be able to “invite” other people to play the game with them.

You can see how the elements work starting at the 4:55-point in the July 2020 Stadia Connect.

Dead by Daylight can be found on the Nintendo Switch, PlayStation 4, Xbox One, PC, and mobile devices.