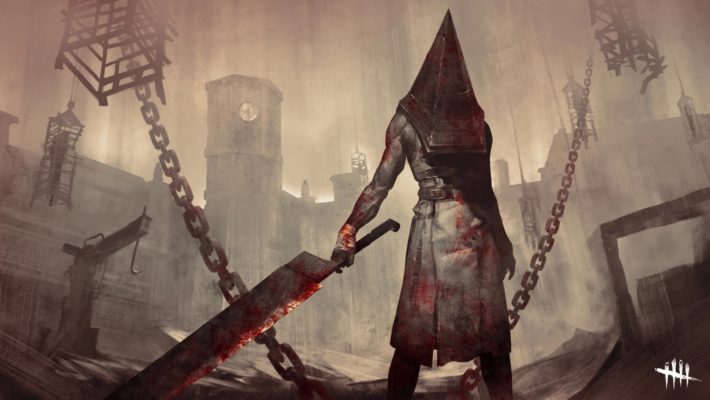 The Silent Hill Dead by Daylight collaboration sort of appeared out of nowhere and took everyone by surprise. (Like Pyramid Head!) On June 16, 2020, it brought different characters, concepts, and environments to the existing asymmetrical game. (Like Pyramid Head!) Now, Behaviour Interactive has released a new behind the scenes video looking at the making of this crossover.

The two people talking about the collaboration are David Richard, the Dead by Daylight Creative Director, and Filip Ivanovic, the Art Director. The video begins with the appreciation Richard has for the series and everything it accomplishes, before it gets into details about the actual crossover elements. For example, Ivanovic begins by talking about the Midwich Elementary School map before they both move on to the characters and their abilities in this game. They even talk about why Cheryl and Pyramid Head have the special abilities that they do and challenges that came to ensure things like Pyramid being able to fit through doors.

Dead by Daylight is available on the Nintendo Switch, PlayStation 4, Xbox One, PC, and mobile devices. The Silent Hill Dead by Daylight chapter is immediately available for $6.99. However, at the moment a sale is on until July 9, 2020 on Steam that brings the price of a Silent Hill Edition of the game to $26.04.