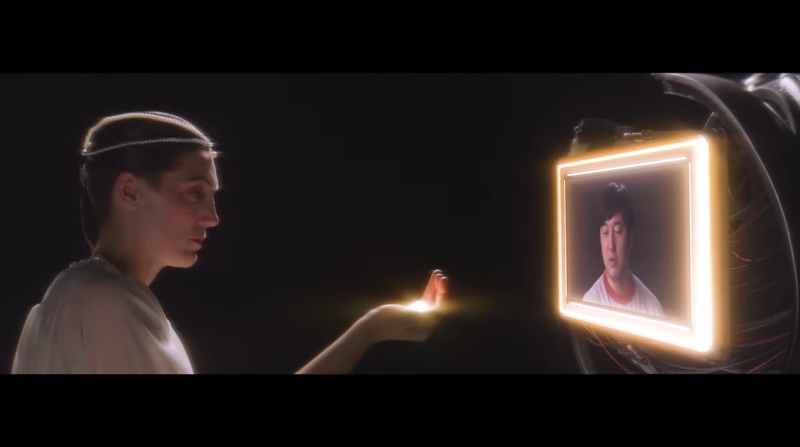 Publisher Devolver Digital held its 2022 showcase stream during this year’s Summer Game Fest. In a sketch comedy presentation starring No More Heroes creator Goichi “Suda 51” Suda and poking fun at the game industry’s increasing consolidation and focus on marketing hype (presented knowingly during an even held for the express purpose of marketing hype), the company revealed new info about five games for PC and consoles.

Besides Card Shark, which is already out (you can read Siliconera’s review of that here), and Cult of the Lamb, which is out in August, all of the games presented during the Devolver Digital 2022 Summer Game Fest stream have a 2023 release window.

Here’s the full list of featured games. Keep scrolling for their trailers.

You can also check out the full Devolver Digital 2022 stream here, to watch the presentation.

Cult of the Lamb has players controlling a cartoon lamb starting its own cult in a land of false prophets, gathering cute woodland followers and summoning demons. It blends 2D combat with simulation gameplay.

Anger Foot is a first-person shooter that puts the emphasis on kicking everything with “the world’s deadliest feet”. Players will kick in doors, kick enemies across rooms, and occasionally fire a gun as they crash through Shit City.

The Plucky Squire follows a, well, plucky squire named Jot, a storybook character that breaks out of his book-bound world and into the three-dimensional environs of a child’s room.

Skate Story is a stylish skating game, casting players as a demon made of glass and pain, skating through the Underworld. They’ve made a deal with the Devil: Skate to the moon and swallow it to go free.