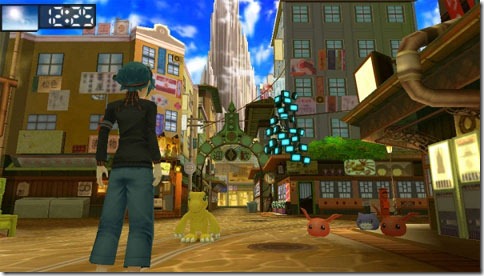 Namco Bandai have updated the official site for Digimon World Re:Digitize with a bit of new background information on the game’s world.

In the game, “Digimon” is an Internet game managed and administrated by the GIGO Company. Players act as Tamers for different Digimon and battle in another “dimension” called the Coliseum. It’s a very popular game, with Tamers of all ages joining in. The hype about the game, helped along by the GIGO Company’s robust infrastructure, is practically a social phenomenon. The current No. 1 ranked Tamer is someone called “Nyanko Tamer.”

GIGO stands for “Global Information, Global Organization.” It came into power several years ago, when networks around the world suddenly crashed for no apparent reason. Everything, up to and including government systems, were offline. In the midst of all this, only one company stood strong—GIGO. 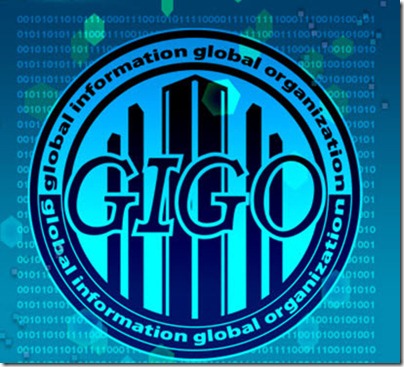 After this, GIGO expanded their networks to cover everything, from distributing and managing basic, everyday utilities (such as water and electricity) to online trading (such as stocks). The technologies of the company are top secret, and life goes on for most people, unaware of what goes on behind the scenes that allows them to do so.

Now, let’s take a step back from the real world and look at the Digital World. This world exists parallel to the real world and is basically a world made of data. It’s inhabited by Digimon, who, despite being composed of data, appear to be alive and have emotions. One tiny island in this Digital World is called File Island. The description for this island is “An island that the Chosen Children journeyed through”. Keep in mind that the phrase “Chosen Children” was localized as “the DigiDestined” in early Digimon seasons.

At the start of the game, the protagonist is to an area called Railroad Plains on this island when he wakes up in the Digital World. Railroad Plains is described as a green plains filled with abandoned, derelict trains. Another area on File Island is Gravel Wasteland, which is a desert area filled with ancient ruins and giant light bulbs. Both of these areas have been shown previously in images. 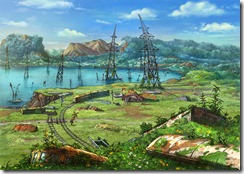 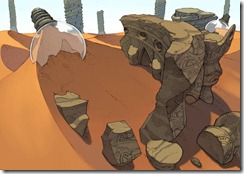 Namco-Bandai weren’t kidding when they said they were reaching back to the roots of the series. However, keep in mind that, while this may be the same Digital World as in previous anime seasons, it may not be the same real world since parallel universes in the franchise function as a network.