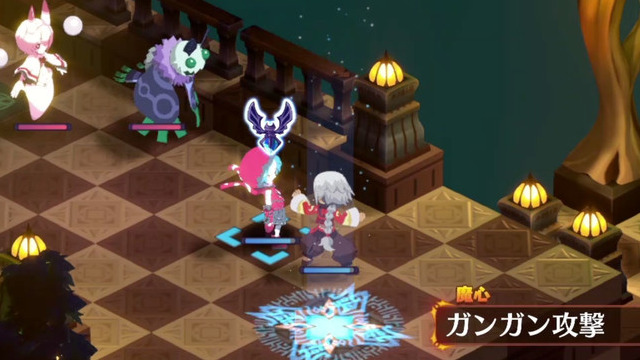 Disgaea 6 will feature two different styles of counter abilities players can have characters equip. Famitsu provided a first look at this feature. This latest Disgaea 6 gameplay video highlights how retaliating will work, when character equip abilities, and how quickly players will be able to rack up massive amounts of damage with these two new skills. [Thanks, Famitsu!]

As mentioned before, there will be two types of Disgaea 6 counter abilities. The “Forced Counter” ability will force the targeted unit to counterattack up to twenty times. The “Preparation to Intercept” ability will always trigger a counterattack upon defending. The unit equipped with this ability has the opportunity to counter attack up to twenty times too.

You can watch the Disgaea 6 counterattack gameplay video below.

Numerous quality of life features will be available in Disgaea 6. These will include an auto-battle function, a 2x speed mode, and a “play again” feature. In addition, the latest entry in the series will come with a new new 99,999,999 level cap, which will no doubt allow players to deal massive amounts of damage with the stats available at the highest level.

Disgaea 6: Defiance of Destiny will release for the PlayStation 4 and Nintendo Switch in Japan on January 28, 2021, It will appear on the Switch in Summer 2021 in the West.