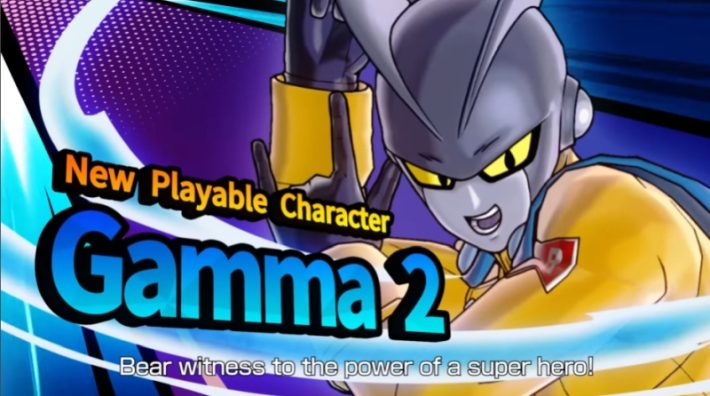 So far only one character from the Dragon Ball Xenoverse 2 Super Hero DLC has been revealed, and it’s Gamma 2, one of the Red Ribbon Army’s “Super Heroes”. Check out his trailer below.

Gamma 2 is the second Red Ribbon Army fighter created by Dr. Hedo. He’s voiced by Mamoru Miyano in Japanese. Miyano also plays Bedivere in Fate/Grand Order and Rin in Free!. In the trailer, Gamma 2 confronts Piccolo, using his physical attacks and Gamma Blaster to inflict damage. He also strikes a flamboyant pose to activate his Android Barrier, creating an opportunity for Gamma 2 to counter an incoming strike. Though the other character offerings in the packs are unconfirmed, the trailer makes it pretty clear that Gamma 1 will join the roster, too. The end of the trailer teases his arrival. Gamma 1 is voiced by Hiroshi Kamiya. Kamiya also played Trafalgar Law in One Piece, and Levi in Attack on Titan.

The first  Dragon Ball Xenoverse 2 Super Hero DLC pack launches in Fall 2022 with Gamma 2 and two other characters. The second pack does not have a release window as yet. Xenoverse 2 is available on PS4, Xbox One, PC, Switch, and Google Stadia.