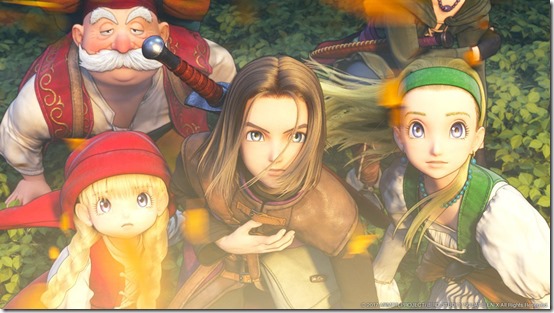 Anime Expo 2018 kicks off this Thursday and Square Enix will make a splash during the event to showcase upcoming video and card games with titles such as Dragon Quest XI, Kingdom Hearts III, and more.

Square Enix has planned demos for Dragon Quest XI, Kingdom Hearts III, and Star Ocean: Anamnesis for those who visit their booth at the Entertainment Hall (LACC West All A).

Additionally, fans will get a chance to meet some of their favorite developers from the dragon Quest and Star Ocean series throughout the show with autograph sessions. You can check out the schedules below:

*A limited number of Horii autograph tickets will be distributed at the DRAGON QUEST XI area of the SQUARE ENIX booth starting at 10:00 a.m. the day prior to each day’s signing sessions. Fans may pose with Yuji Horii for one photograph only. Only the Square Enix signing cards will be signed. Personal items will not be signed.

*A limited number of “akiman” autograph tickets will be distributed at the Square Enix Members area of the SQUARE ENIX booth at 10:00 a.m. for the day’s signing sessions.

And here are some other activities at the Square Enix booth:

Daily giveaways while supplies last, including: