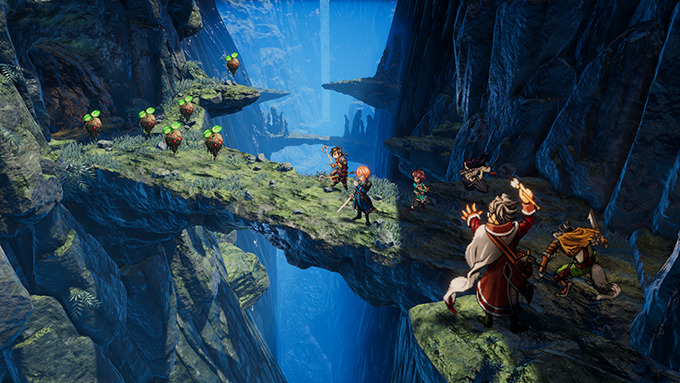 The ongoing Eiyuden Chronicle Kickstarter has reached even more stretch goal milestones, including the previously announced one for console ports., Other goals twill add more features like a cooking system and guild building.

The most significant stretch goal reached is the console stretch goal, which increases the number of platforms the game will appear on eventually. As previously discussed, PlayStation 4, PlayStation 5, Xbox One, and Xbox Series X versions are planned, while the game will likely also come to whatever system Nintendo releases after the Nintendo Switch.

Apart from console versions, Eiyuden Chronicle will be getting a Fortress Town Mode, New Game Plus, a cooking mini-game, and a Guild system. Additionally, a new character named Perrielle will be added to the game, bringing the total number of heroes to 101. Rabbit & Bear Studios described Perrielle as an intelligent and hardworking, but often underestimated, person.

As a reminder, the stretch goal DLC will be given out for free to backers early. The add-ones will be released as paid extras later on for non-backers.

The Eiyuden Chronicle Kickstarter will remain open until August 29, 2020. The PC version has an October 2022 launch window. It will also come to the PlayStation 4, PlayStation 5, Xbox One, Xbox Series X, and Nintendo’s next console.