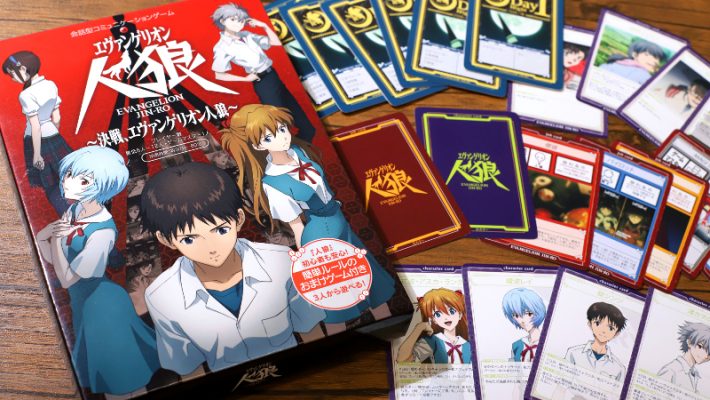 Khara revealed Evangelion Jin-Ro, a Werewolf social deduction game with Evangelion-inspired cards. It has also opened pre-orders for the game package on Evangelion Store with a price tag of 3,850 yen (~$35). [Thanks, Gamer!]

Evangelion Jin-Ro will be a communication game played by 5 to 12 people. Another person will exclusively act as the game master. Each person will get to play as an Evangelion character, such as Shinji Ikari or Rei Ayanami, with a unique set of abilities.

A group of players will also double as Angels with a task to devour other NERV members. The real human players must find a way to expose and remove the Angel players to win the game.

The set will include a bonus entry-level game with a smaller scope that can be played by at least 3 people. Players can also opt to play a regular Jin-Ro (Werewolf) social deduction game without applying Evangelion properties by simply using the role cards.

Khara also shared a video showing how the social deduction game is played on the Evangelion Store YouTube channel:

Evangelion Jin-Ro will be available in late July 2021. People residing outside Japan can also place an order through proxy services officially supported by Evangelion Store, such as Buyee and Benly Express.