It’s time for Facebook Files, hooray! This week we’re putting up an "early impressions" playtest of sorts on White Knight Chronicles, by reader / commenter / super-collector Anton. You can read the unedited discussion here, including what a couple of us thought of the impressions. 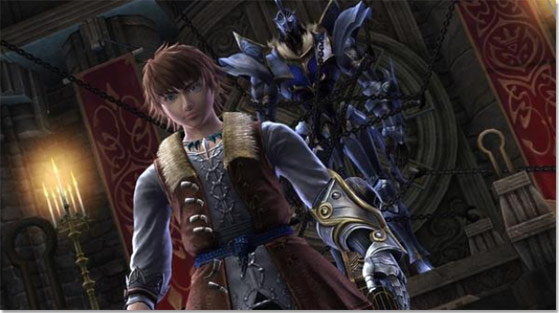 My housemate went out and bought White Knight Chronicles — International Edition — the other day, and since he’s swamped with Mass Effect 2, Bioshock 2, No More Heroes 2, and Pokémon Emerald, he’s letting me give WKC a whirl. This made me happy, since I was very excited for the release of WKC. I chose to ignore all of the mediocre scores and reviews to try this game for myself.

However, my most anticipated game of the year may just be my biggest disappointment of the year. After about 5 or 6 hours of play, here are my initial impressions.

0. Getting Started: Before the game begins, you get to create your own character! There is a good amount of customization available, and you can go back and re-customize your character later on. Maybe there will be some DLC for additional hairstyles or facial features?

I love character customization and had a lot of fun creating my character for the first 30 minutes. I was then disappointed to learn that your created character is a silent tag-along to the story’s hero, Leonard. 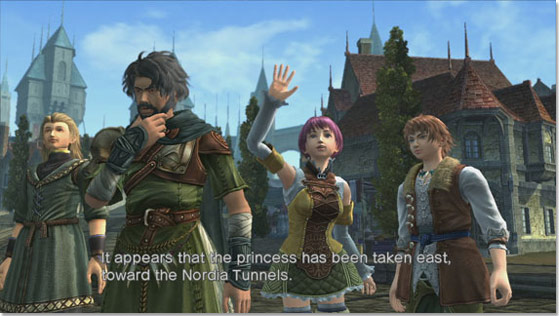 1. Story: The story is a classic "chosen" good-guy hero off to save a princess from war-mongering bad guys. Nothing about it is original in the least. I find it boring and not very engaging. Maybe there will be some interesting twists as I continue to play? I’m hoping so.

There are also storyline cut-scenes every couple of minutes. I recommend skipping the vast majority of them as you can piece the story together just fine without watching the cut scenes. I, in fact, skipped every cut scene from the beginning of the game to your first attempt to rescue the princess. I then went back and forced myself to watch all of the cut scenes. I didn’t miss anything.

2. Characters: As of right now, I don’t find any of the characters likable. Least of all, the hero. I’m continuing to play the game hoping that there will be some development of the characters, but so far they’re all very one dimensional. They all seem to be the classic fantasy RPG archetypes. The English voice cast is alright. However, no option for a Japanese language track really irks me. Especially since the character’s voices do not sync with the character animation at all. 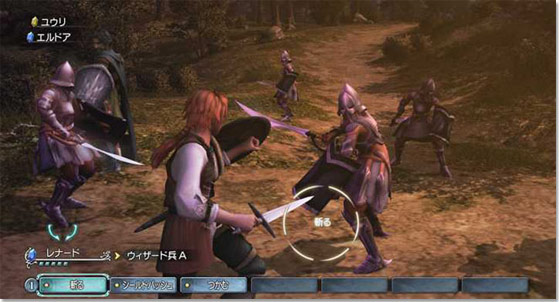 3. Gameplay: Game play consists of navigating a world map to different areas. You enter an area, wander around, and fight monsters. Once you get through an area, another space opens up on the world map. Combat is a mix of real-time and turn-based. First, you have to learn and select skills. You then place them in a skill slot. You have three or four rows of skill slots. There’s about 8 slots per row.

When in combat, you use the D-Pad to select your skill. Press X to use that skill, and then wait for the timer to cycle before pressing X to use that same skill. It sort of reminds me of how Final Fantasy XII works with the gambits. Except not as well. Combat feels very slow-paced and tedious. You can build combos with your skills, which is kind of cool, but you have what are called "Action Chips" which limit your use of combos and certain skills. 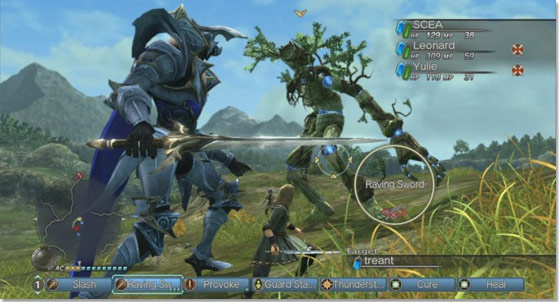 4. Quests and Online: I have yet to used any of the game’s online modes, but the quests remind me of Monster Hunter. You go out to a certain area, perform the quest (which has consisted of hunting monsters so far), and then get rewards. You can also gather materials out in the field, which I assume will come into play when making new items, weapons, armor, etc.

I imagine that this aspect of the game will be more enjoyable when playing online with other people. I’m really trying to like this game, and I’m hoping that it will get better as the story progresses, but I think I’m just setting myself up for disappointment.

Anyone else played the game yet? What do you think so far?