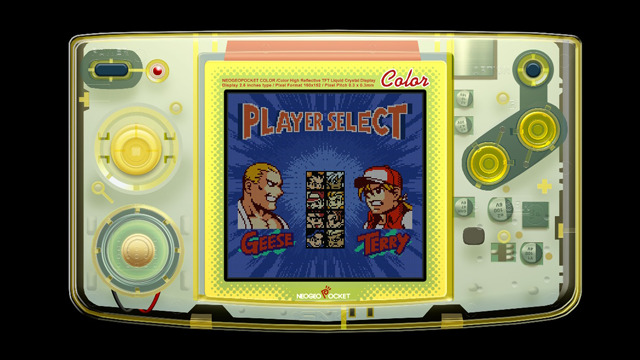 Fatal Fury First Contact arrived onto the Nintendo Switch with a punch. This bite-sized fighter is an almost perfect port of the fighting game that appeared on the Neo Geo Pocket Color in 1999. This Nintendo Switch port features the characteristic visual flair associated with the pocket console and this bite-sized Fatal Fury title, which is sure to charm fans of the series.

Every bit of this port is created to evoke the image and feeling of the Neo Geo Pocket Color, down to the UI and UX choices. The game is shrunk down to the original resolution of the pocket console, with the Neo Geo Pocket Color filling up the extra space on the Nintendo Switch screen. As expected, this visual works a lot better when the Switch is in handheld mode, versus blown up on your television screen. 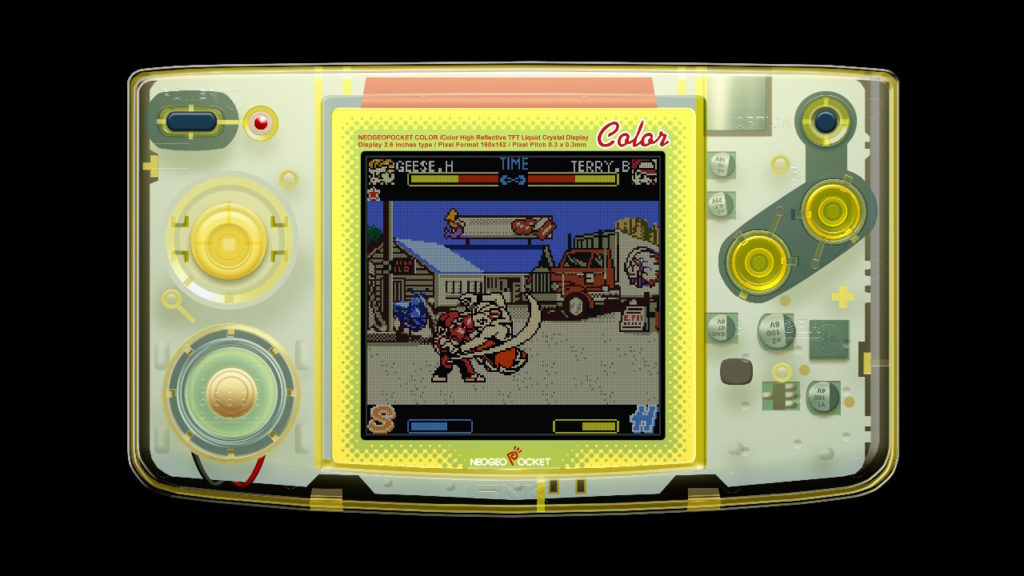 The pixel art is perfectly retained, with miniature versions of Fatal Fury fighters ready to duke it out. The roster is fully retained from the original release, with eleven fighters immediately available when loading up the game. I immediately selected my personal favorite, Geese Howard, and worked through the gauntlet to unlock the other secret fighters. The experience was enjoyable and invoked a certain feeling of nostalgia that often accompanies playing these pocket sized retro titles. Overall, I had a pretty good time even if the game is fairly limited in comparison to modern fighters.

Two modes are available, with a single player mode throwing players into a series of matches. And if you happen to have a friend, family member, or loved one nearby, you can always try out the versus mode. I didn’t spend much time with it, but it was really fun to play with my partner who had never come into contact with Fatal Fury outside of Tekken 7.

The music is enjoyable, and while it is simplistic, it still fully encapsulates the chiptune style that many early and late 90s titles (especially titles on pocket consoles) are known for. The fights are relatively short, so you don’t have to worry about any one track playing on loop for an extended period of time.

As to be expected with a port of a mini-console title there are very few accessibility features. Thankfully the resolution isn’t bad on the Switch, and everything is fairly legible which makes information easy to digest, especially with character movements and animations being clear in their execution. 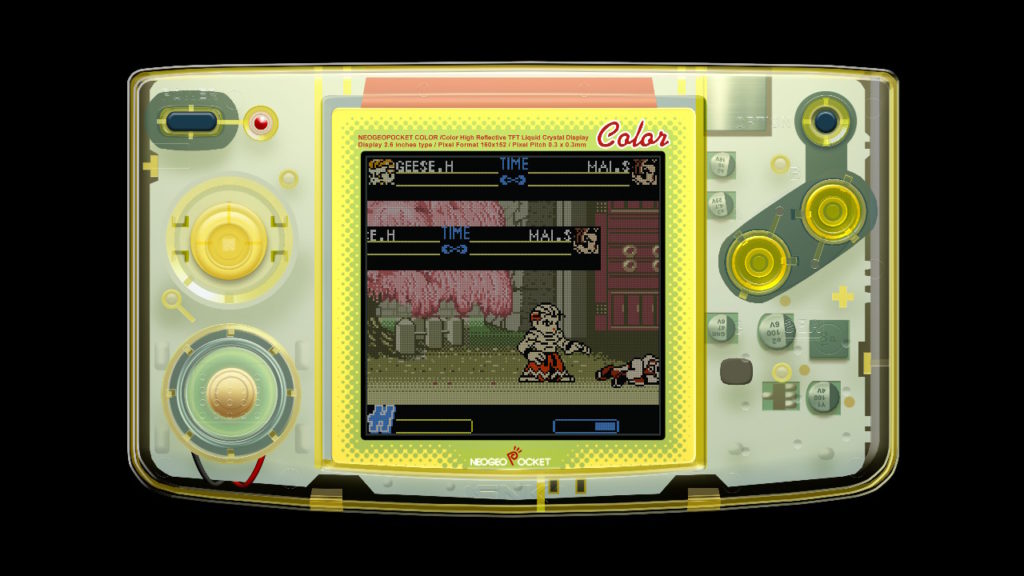 However, Fatal Fury First Contact is not without its share of issues. Within my first few minutes of playing the game, I was hit with a game breaking bug that prevented me from progressing matches. This occurred several times after I would defeat a character–usually after the first round. Visual glitches would accompany this, which usually involved screen tearing or little bits of pixel art suddenly invading the left side of the Neo Geo Pocket Color screen.

In order to fix this bug, I would need to entirely restart the application from the Home menu of the Nintendo Switch. This became frustrating, especially when it would occur after several winning streaks.