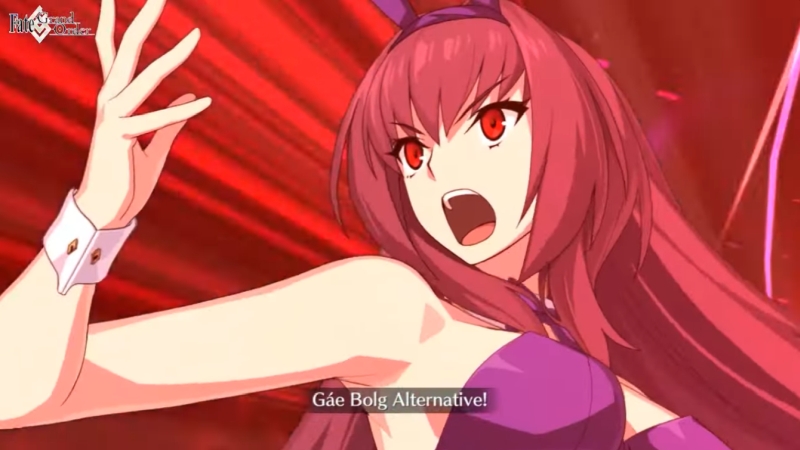 The Summer Lion King won’t be the only character wearing a bunny girl costume in Fate/Grand Order for much longer. Challenging her for the throne is the Scáthach, Scottish warrior-queen of the Land of Shadows. The latest FGO event, Land of Shadows Battleground Blitz, begins next week. From August 22, 2022, the Masters of Chaldea will learn under Scáthach’s wing, studying the art of war.

More specifically, they’ll study the art of a Holy Grail War. The classic ritual of the Fate franchise is the center of the FGO Land of Shadows event. The Battleground Blitz will see players unlocking seven “Grail Front” endurance battles. Mimicking the Holy Grail War, each Grail Front pits Masters and their Servants against each other. They’ll move their parties across the map in an endurance match. Parties have limiting factors, like a cap on point cost for their Servants and Craft Essences. They’ll also be unable to leave a Grail Front without starting over. Victory is achieved when all of an enemy Master’s Servants are defeated. Crafty players can also target the Master themselves to end the battle quickly.

In exchange, victorious players will earn Grail Tears and FGO Land of Shadows event currency. Currencies can be traded in for goodies, Command Codes, and other items. Meanwhile Grail Tears can be exchanged for a Holy Grail itself. Holy Grails are essential items for Palingenesis, a process that allows a Servant to break through the maximum level cap. Players can also earn a Spiritron Dress costume for Scáthach(Lancer), dressing her in a bunny girl costume. The summoning banner also features Scáthach (Lancer).

Fate/Grand Order is available on iOS and Android devices. The FGO Land of Shadows event runs from August 22, 2022 until September 7, 2022.