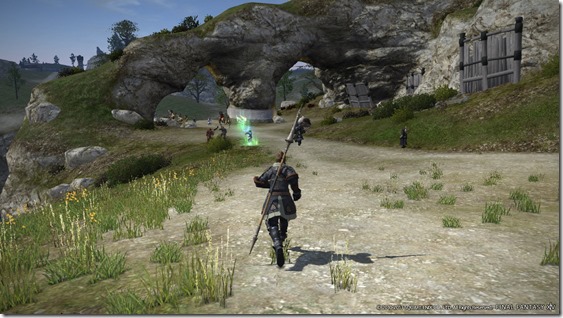 Final Fantasy XIV: A Realm Reborn producer Naoki Yoshida held another video Q&A panel for the game today, answering a number of questions from fans. One of these was regarding the toughest content in A Realm Reborn.

“The Great Labyrinth of Bahamut will be the hardest content at the start of ARR for a while,” Yoshida shared. “It will contain a lot of things such as what happened after the Seventh Umbral event. While I can’t really say too much about the mechanics, there will bosses that can only be defeated by performing certain actions and that have different phases. Without having a party that can deal the proper amount of damage, you won’t be able to move past certain phases.”

He continued, “Additionally, there will be shared damage type of attacks that you will need to have 4 people get hit by, as well as have a certain character act as a channeler for the damage. There will be a lot of different elements present.”

Yoshida also touched upon another environment in the game, called The Crystal Tower.

“The Crystal Tower is content that can be undertaken by a 24 person party. I don’t think that difficulty is really that hard, and we’ve adjusted it so it’s something that can be enjoyed by everyone.”

Final Fantasy XIV: A Realm Reborn will begin its final phase of beta-testing on August 17th and will continue until August 19th.  The full game will be available starting August 27th, and everything you do in the final beta phase will be carried over to the full game.