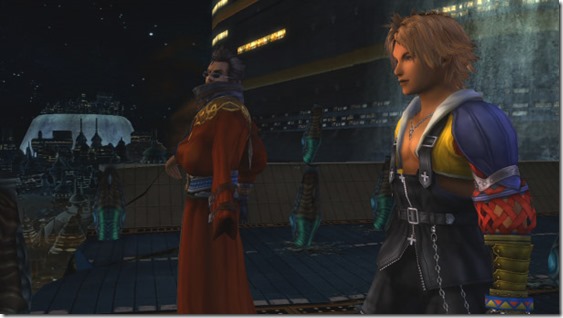 Final Fantasy X/X-2 HD Remaster will include content from the game’s International edition, Square Enix have confirmed. However, the publisher has not announced if the Last Mission bonus dungeon from Final Fantasy X-2 will be included as well.

Producer Yoshinori Kitase and Motomu Toriyama confirmed the feature on the PlayStation EU community site (via: Polygon), mentioning that the games will feature content that was previously only available in specific regions.

The International edition of Final Fantasy X includes bonus features like Dark Aeons, bonus boss battles, and a 14-minute video clip, titled “Eternal Calm,” which bridges the story of Final Fantasy X and its sequel Final Fantasy X-2. Regarding the Last Mission, Square told Polygon in May that its inclusion would be dependent on disc capacity.

Final Fantasy X/X-2 HD Remaster will be released later this year for PlayStation 3 and as two separate games for PlayStation Vita. Square Enix recently announced a limited edition release for the PS3 version.

Update: Kitase mentioned the possibility of Last Mission’s inclusion in a separate interview, and we’ve updated our report to reflect this.