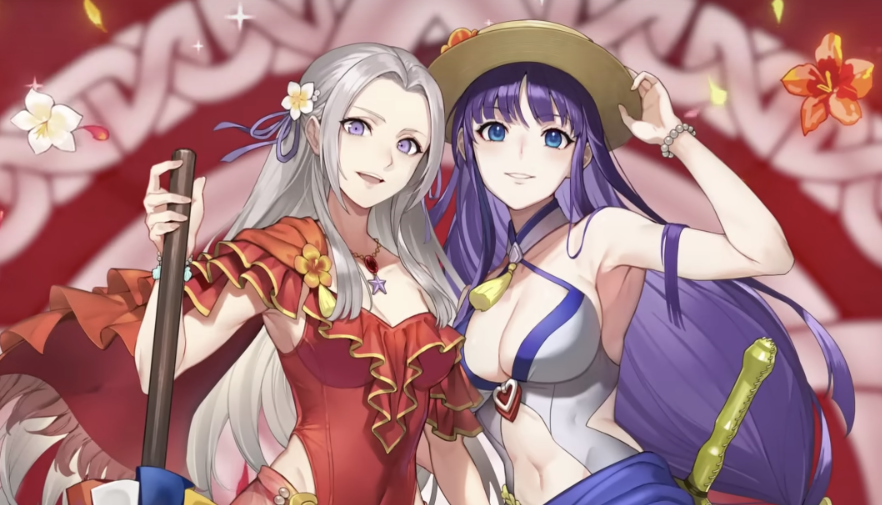 The Fire Emblem Heroes Summer Vacation banner is on the way and features Three Houses heroes Claude, Dimitri, and Edelgard and Radiant Dawn characters Micaiah, Altina, and Elincia. It will appear on June 17, 2022. Claude, Dimitri, and Micaiah will be available as single units via the banner. Edelgard and Altina show up together as a Duo unit. Elincia will be a Tempest Trials+ reward.

Here’s what kind of unit each of the new Summer alts is.

Here’s the full trailer showing the characters and their movesets. It also confirms Feh Pass subscribers can pick one free focus unit after pulling 40 times on the banner.

Fire Emblem Heroes is available for mobile devices, and the Summer Vacation banner will be around June 17, 2022 through August 8, 2022.