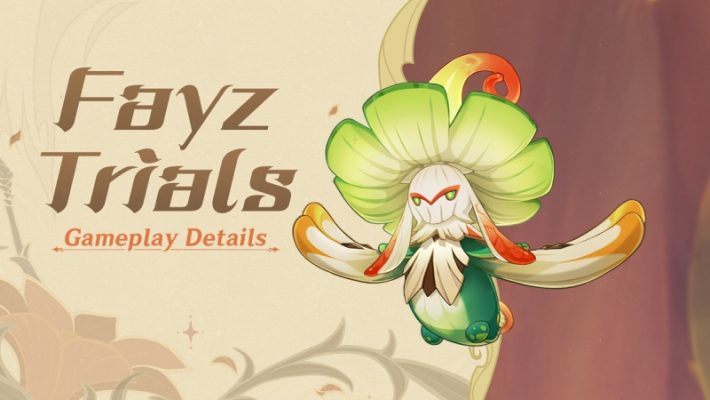 A new combat-oriented event is nigh. The Genshin Impact Fayz Trials kick off in-game from September 8, 2022 until September 26th. As with other limited-time events in the game, players stand a chance to earn Primogems, materials for character and weapon improvements, and Mora. What’s new to the rotation this time, though, is taking dubious substances.

To enter the event, players will need to be above Adventurer Rank 20, and have completed the Archon Quest Prologue Act III.

According to HoYoVerse, the Genshin Impact Fayz Trials involve testing out a series of experimental potions from Jami, a Sumeru academic. Players will then enter the Fayz Trial facility and defeat enemies to earn “Fayz Tinctures” (a tincture is a form of dissolved medicine, usually drunk orally). Store up enough Fayz Tinctures and you’ll charge up the Fayz Potion special ability. Triggering it expands the Traveler’s mind, improving their situational awareness to the point time itself seems to stop. From there, they can zoom in and out with a camera-like viewfinder, capturing enemy “weaknesses” in their vision. Accumulating enough weaknesses activates “Supersense”, a powerful skill that has a buff effect that varies depending on the challenge. Effects range from massive damage-dealing elemental effects to more subtle buffs that improve combat performance. The Fayz Trials also unlock various Trial Characters, allowing players to use or try out characters they don’t yet own.