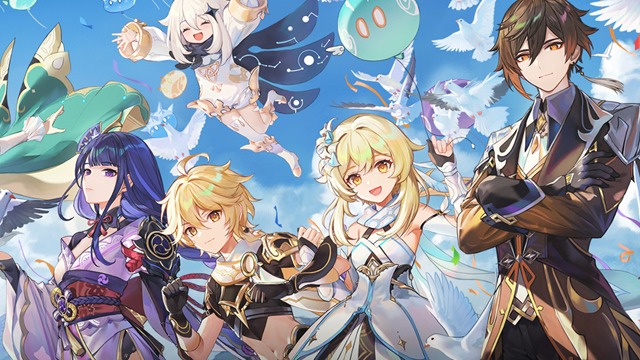 Genshin Impact news will appear at the gamescom Opening Night Live broadcast. Geoff Keighley revealed this information through Twitter and announced when the broadcast will air. The program begins on August 25, 2021 at 11am PT/2pm ET/ 8pm CET. Additionally, it will stream through The Game Awards YouTube channel. Users can currently set alarms to receive notifications when the broadcast will go live.

However, Keighley did not shared any potential information that could appear during the gamescom broadcast. miHoYo recently held a broadcast of its own, which brought a wealth of new information about the Version 2.10 update. This included the reveal of an upcoming banner and information regarding new story content. Additionally, several gameplay videos revealed that players will take on the Fatui member Signora through a new encounter.

Gameplay featuring Aloy from Horizon Zero Dawn was also shared during the broadcast. Viewers got a brief look at how her skills will function and the unique animations that will accompany this character. She is the first collaboration character to appear in Genshin Impact.

Features like fishing will appear through the upcoming Version 2.10 update, as well as a special banner for the Raiden Shogun and Sara.

Genshin Impact is immediately available for PlayStation 4, PlayStation 5, PC, and Android and iOS devices. A Nintendo Switch version is currently in development. The Genshin Impact gamescom Opening Night Live broadcast will air on August 25, 2021 at 11am PT/2pm ET/ 8pm CET.