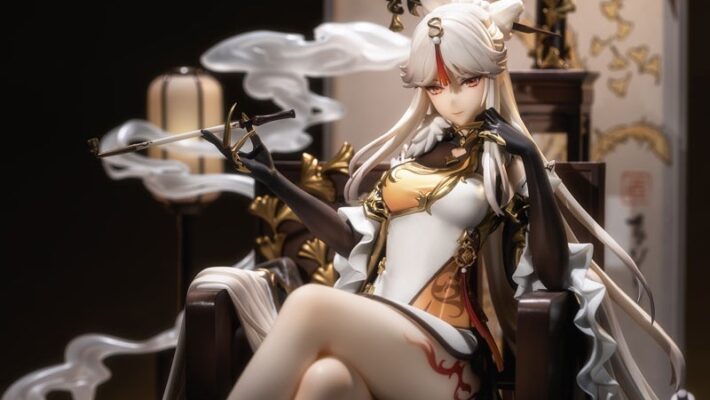 Back at Wonder Festival 2021 Shanghai, an APEX-TOYS and miHoYo figure of Ningguang appeared. Now, pre-orders for the 1/7th scale figure are opening up and details about it are being shared. This over 10 and a half inch tall diorama will feature the Liyue Qixing Tianquan seated in a throne beside a lantern that can actually light up.

The Ningguang figure actually allows people to set up a diorama scene. She’s seated in a chair smoking. There’s also a base that includes the lantern that uses a button battery and can be turned on or off, a screen that appears behind her, and a jar with scrolls. All are items that wouldn’t be out of place in her office in the Jade Chamber. If you display the figure off of the stand, she’ll be about eight inches tall.

Here are the official images for the figure, which also include focused images on different parts of the diorama and the base without Ningguang on it. 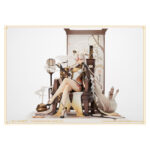 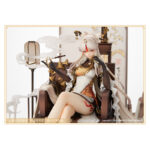 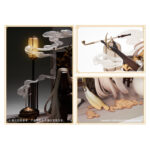 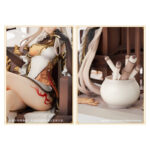 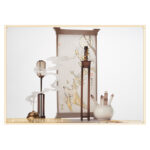 Depending on the retailer you go through, she will cost between $240-250. For example, AmiAmi is selling her for about $247.98, while Sugo Toys is asking $244.53. Big Bad Toy Store doesn’t have a listing for it yet, but is selling the miHoYo Klee figure for $264.99 to offer a sense of perspective.

The Genshin Impact Ningguang figure is expected to ship in June 2022. This means she will arrive before the Good Smile Company Mona figure, which is due out on September 2022 in Japan. Genshin Impact is available for the PS4, PS5, PC, and mobile devices. Ningguang is a focus unit on the Ayaka banner until August 10, 2021.