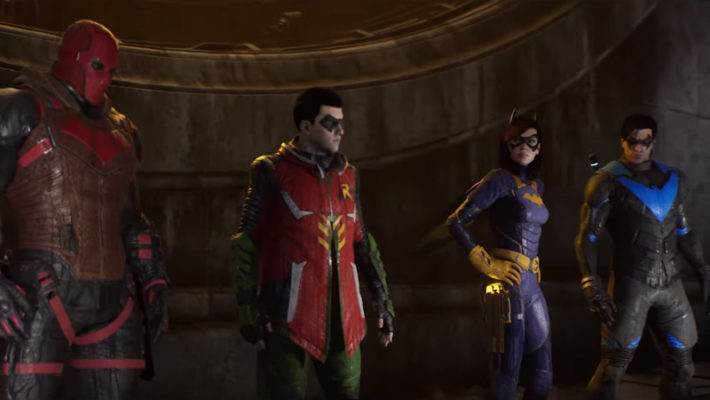 After several days of teasing, including an ARG involving a series of maps, WB Games Montreal has officially announced Gotham Knights, a new game that involves the Bat-Family taking on Gotham City criminals after the death of Batman. The game is currently headed to PlayStation 4, PlayStation 5, Xbox One, Xbox Series X, and PC.

The trailer shows off the four playable characters of the game, including Nightwing, Robin, Bat-Girl, and Red Hood. With Batman out of the picture, Gotham’s villains have returned, and the Bat-Family needs to become the city’s new vigilante fighters, and eventually, new heroes. The main feature of the game is that you can play the game either solo or co-op with another player, and there is EXP progression and story arcs where players must face off against different iconic villains.

Here’s a look at gameplay in a chapter against Mr. Freeze below:

Players will need to travel through an open-world Gotham City and take on various Villain Encounters at specific locations. Each character has special abilities, like how Robin can teleport via satellite, and Bat-Girl uses some of Batman’s gadgets alongside some new ones. The game is meant to allow players to develop these new heroes of Gotham in their own ways, and develop their own playstyles.

Gotham Knights will release in 2021 for PlayStation 4, PlayStation 5, Xbox One, Xbox Series X, and PC. You can find the game’s Twitter account here.