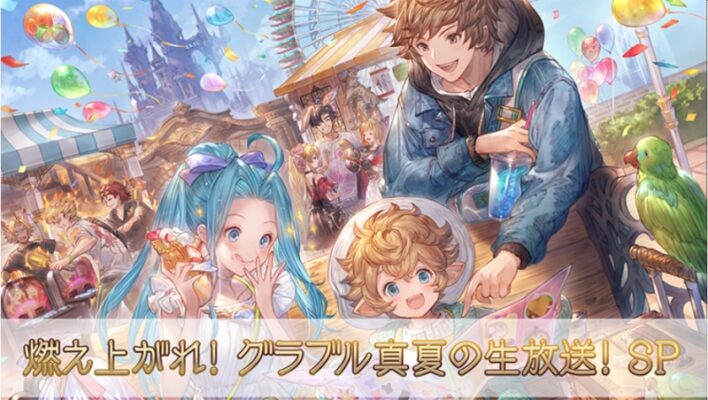 Cygames has announced the broadcast date for its yearly Granblue Fantasy Summer Stream live event. The stream will take place on August 7, 2021, at 18:00 Japan time. The news comes from an announcement posted to the official website.

Granblue Fantasy summer streams are typically important, as they are where Cygames developers like to pack in their biggest announcements. Though the content of the event hasn’t been announced, viewers can expect news about upcoming Granblue Fantasy and Granblue Versus content, and possibly an update about the status of Granblue Fantasy Re: Link, the long-in-development action spinoff.

Other parts of the program also involve a number of guest stars, usually actors that voice characters from the game. Cygames confirmed the guest list for the 2021 summer stream.

The following talents will have a presence at the Granblue Fantasy summer stream 2021.

The Granblue Fantasy 2021 summer stream kicks off on August 7, 2021 at 18:00 Japan time. The game is immediately available on iOS, Android, and PC via browser. Check out the most popular characters in the game.