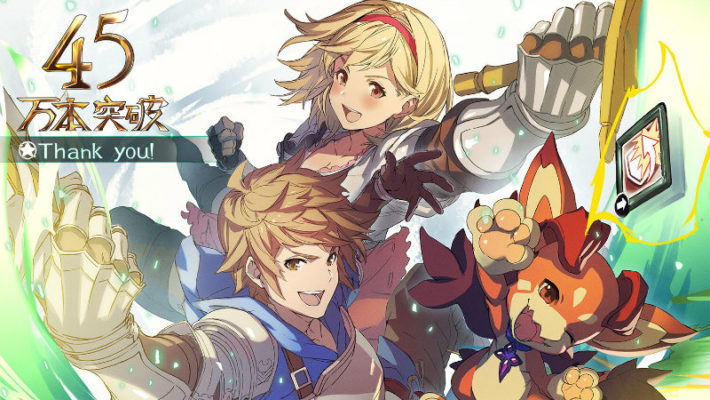 There’s a new Granblue Fantasy Versus sales milestone to look to, and Arc System Works and Cygames celebrated with art of Gran, Djeeta, and Vym on the game’s official Twitter accounta. Over 450,000 copies of the PlayStation 4 and PC fighting game sold worldwide. The figure includes both digital and physical versions of the game.

This news comes amidst both news and updates for the game. For example, its Rage Winter Grand Finals matches will be held November 29, 2020 in Tokyo, Japan. It received a nomination for “Best Fighting Game” for The Game Awards 2020 too. There, it is pitted against the likes of Mortal Kombat 11, Street Fighter V, Under Night In-Birth Exe:Late[cl-r], and One Punch Man: A Hero Nobody Knows.

It’s also experiencing a second wave of more DLC fighters. Belial and Cagliostro are both here already. The next character will be Yuel. She’s expected to show up sometime in late December 2020.