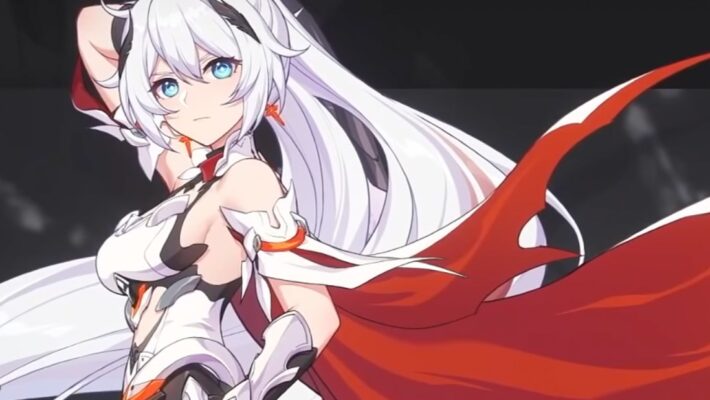 The new S-rank battlesuit being hyped up for Honkai Impact 3rd version 5.0 is the Herrscher of Flamescion for Kiana. To help people get a better idea of what to expect from it and what went into it, miHoYo shared a making of video looking at it. In addition to an animated opening, members of the development team talk about the Final Lesson, how the protagonists have grown and changed, and the battlesuit.

As the video begins, we learn 5.0 and Final Stage is when characters will separate and go through their own episodes for a while. As the Herrscher of Flamescion is a battlesuit for Kiana, the segment focuses on her growth and development. It especially notes that her Herrscher of the Void fight led to birth of Flamescion. As a result, this battlesuit was almost based on Herrscher of the Void or making it a fusion, but ultimately decided to go with something original that suited her, like Void Drifter did.

Here is the full Trail of Comets: The Making of Herrscher of Flamescion Honkai Impact 3rd video. (Remember to turn closed captions on for English subtitles.)

Honkai Impact 3rd is available for PCs and both Android and Apple iOS devices, and version 5.0 is on the way with Herrscher of Flamescion. Version 4.9.0 arrived on July 8, 2021 and included the Genshin Impact crossover.