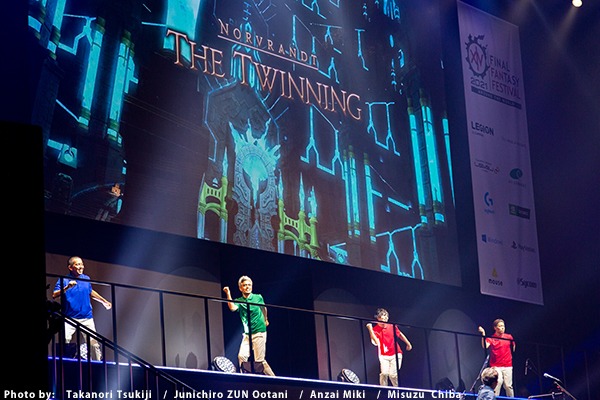 There’s a new Final Fantasy XIV Backstage Investigators Developers’ Blog, and this one gets into event planning. Specifically, Square Enix Community Planner Takeshi Kato talked about how the FFXIV Digital Fan Fest 2021 came together in May 2021. The discussion went over how the decision was made to hold a digital event and organize it. Kato also explained how Sound Director Masayoshi Soken’s idea to do the FFXIV Twinning meme dance ended up becoming the event’s “reckless demand.”

Kato began by explaining how the event came to be. Square Enix started planning the European, Japanese, and North American live and in-person events in September 2019. Once the COVID-19 pandemic happened, the team had to rethink plans. Kato then said the decision to hold a virtual event was made and focus on “stage events and digital activities.” He noted, “However, we looked through the comments and found players who were trying Eorzea Café recipes while viewing stage events, taking screenshots, completing Moogle Treasure Festival content, purchasing all sorts of merchandise… I truly felt that our players were having a blast during the two-day celebration.”

Kato then had this to say about the FFXIV Twinning meme dance and how it ended up incorporated into the Digital Fan Fest in May 2021.

I mentioned “reckless demands” earlier, and we actually had one of those at the Fan Festival too.

Sound Director Soken wanted to do the dance from the Twinning meme and asked for specific staff members to participate. For some reason, the request was forwarded to me through Project Manager M, so I had to relay the request to members of the Development team, even my boss! I didn’t have to dance, so I just kept a straight face as I went around relaying the message.

On the other hand, the number of dance rehearsals gradually increased to more than what was originally proposed, which meant we had additional studio fees… as the person overseeing the Fan Festival budget, I think that was the true “reckless demand.”