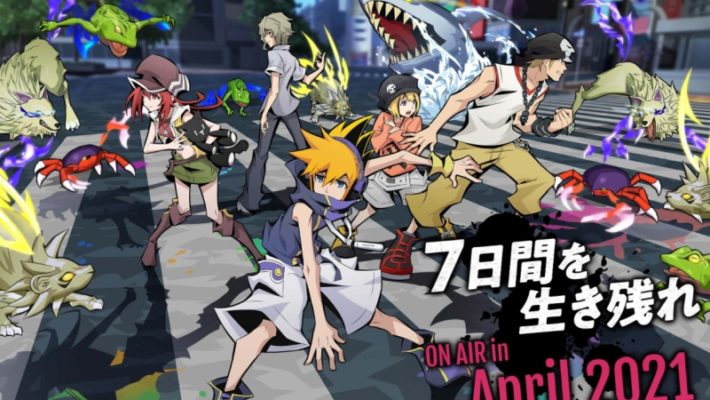 The time draws nearer for folks to recap the original Reapers’ Game. The anime adaptation of the Nintendo DS classic, titled The World Ends With You: The Animation, is on schedule to release in April 2021. To build excitement, Square Enix uploaded the “rap version” of the show’s opening sequence. [Thanks, Anime News Network]

The World Ends With You: The Animation will feature the song “TEENAGE CITY RIOT,” performed by the group ALI with rapper R-Shitei (“R-指定”) from Creepy Nuts guesting. The brief sequence also featured a number of glimpses of the game’s cast. This included looks at Neku, Shiki, Beat, Rhyme, Joshua, Yashiro and Kariya, Higashizawa, and Minamimoto. The production is being handled by a team-up between veteran studio Shin-Ei (which produces legendary anime Doraemon) and Domerica, a newer outfit specializing in CG animation and credited with shows like Ninjala, Flying Witch Petit, and 3D elements of Evangelion: 3.0 You Can (Not) Redo. Directing the show is Kazuya Ichikawa, who was credited on adaptations of Monster Strike and Bakugan Armored Alliance. Tetsuya Nomua and Gen Kobayashi will return to provide character designs, and game composer Takeharu Ishimoto will once again create the music. One stated wrinkle in the adaptation is that the game will be set in the Shibuya of today rather than 2007, meaning characters will use things like smartphones rather than the feature phones of yesteryear.

Square Enix also debuted a new piece of art to promote the coming release of The World Ends With You: The Animation: 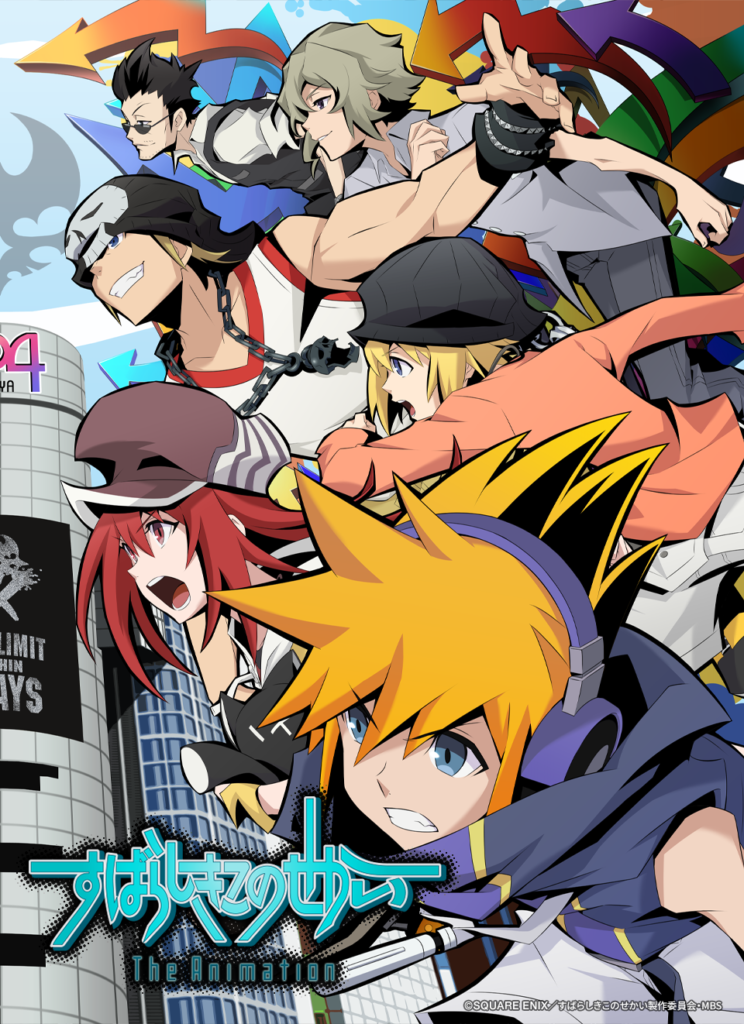 The World Ends With You: The Animation will air in Japan on April 9, 2021. A special online event and preview of the first episode is scheduled for March 2021. Check out the previous trailer for the series here. You can also play the original game on the DS, or play adapted versions on iOS and Android. The World Ends With You: Final Mix was released on Nintendo Switch in 2018. A new game in the franchise, NEO: The World Ends With You is in development and targeted for a Summer 2021 release window.