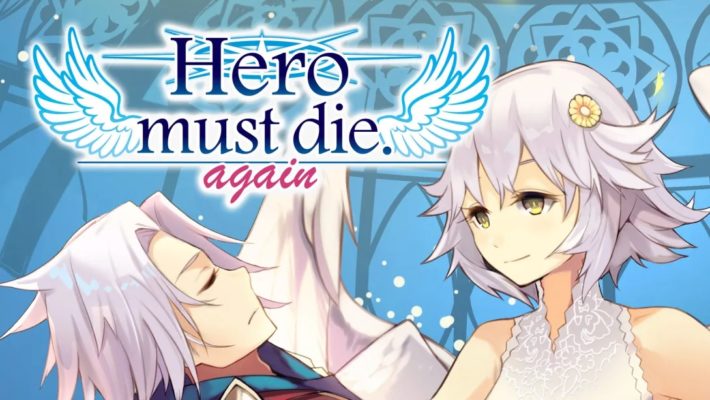 In 2019, the feature phone game Hero must die returned on PCs worldwide as Hero must die again. It ended up with a digital-exclusive console port in 2020. Now, Limited Run Games announced Hero must die again Switch and PS4 physical copies. Pre-orders will open on March 9, 2021. Since this is a distribution line game, there won’t be the usual limited run rush.

The announcement offered a peek at a collector’s edition. It showed what someone would get along with a Hero must die again Switch or PS4 physical copy. One is an enamel pin of the hero. Another is an acrylic standee of the game’s key art, which has the nameless hero being held by the angel that gives him five more days to live. People will also get an art book and a physical copy of the soundtrack. A double-sided poster will also show all of the main characters and the angel. 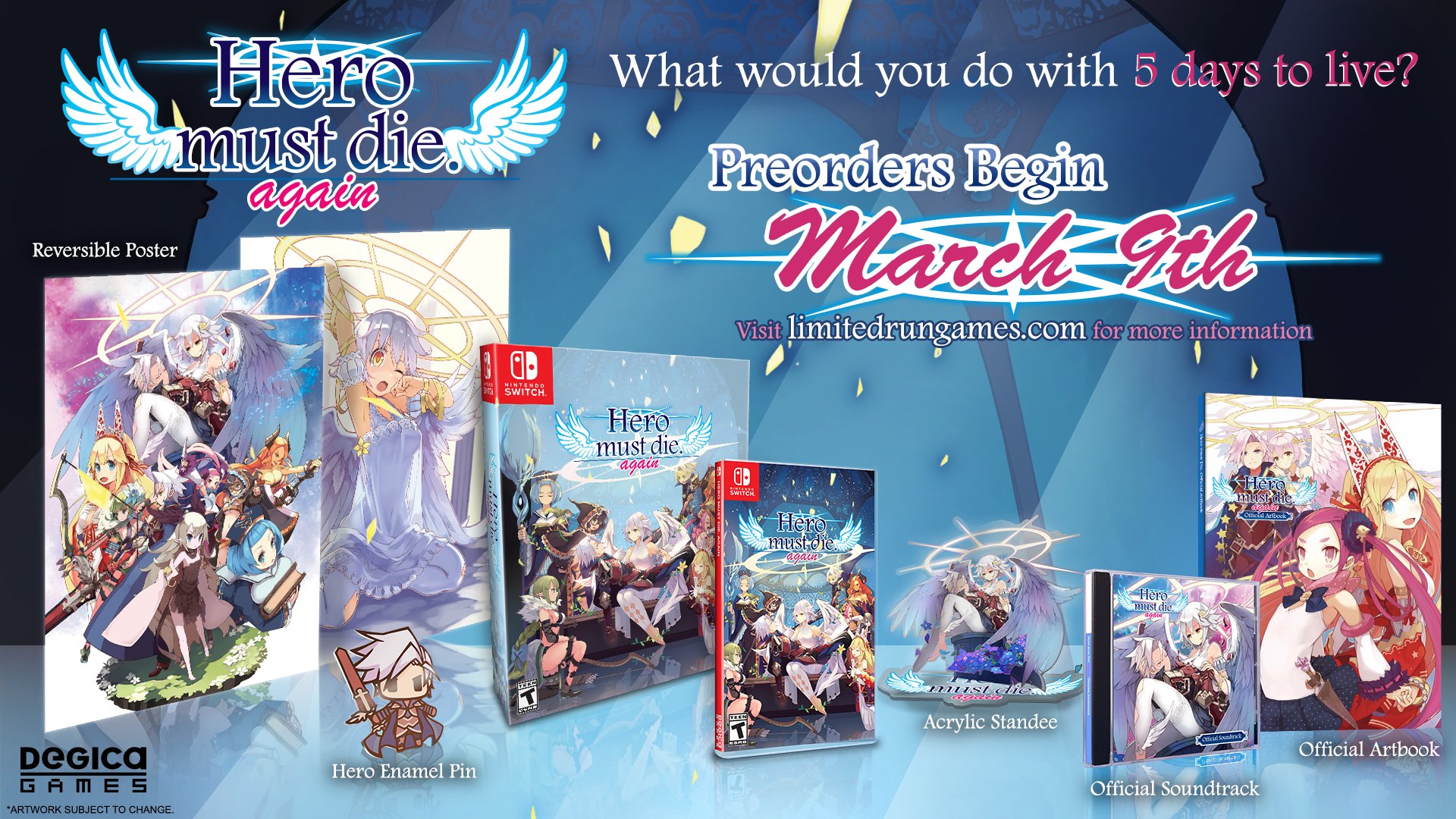 Hero must die again is an RPG where you get weaker as the game goes on. The player’s hero character already died during the final battle, but an angel revived him. Your goal is to use the five days you have left to connect with people around you and tidy up after beating the big bad.