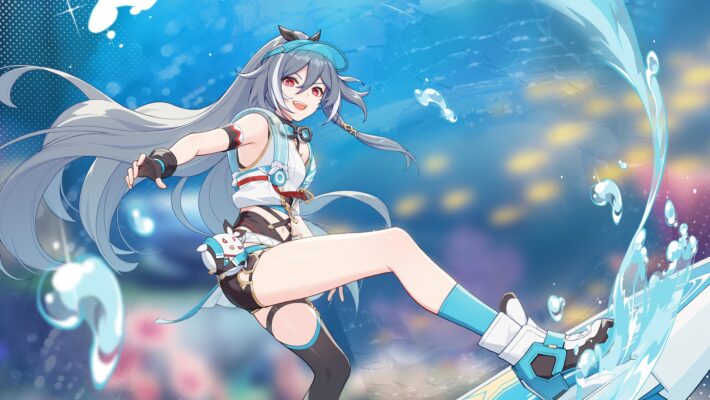 MiHoYo announced the Honkai Impact 3rd 5.0 update release date during its August 6, 2021 Hyperion Lounge. As expected, it isn’t far away. The new patch will arrive on August 12, 2021. To go along with it, the company talked about the Herrscher of Flamescion S-Rank Kiana battlesuit, the Elysian Realm roguelike event, and some of summer swimwear outfits Honkai Impact characters will get.

First, with Herrscher of Flamescion, Kiana gets a suit that lets her fight on the ground and in the air. She uses fiery attacks, as the name suggests. There’s also a new trailer that combines a new animated segment with a look at gameplay.

As for the new summer swimwear costumes in Honkai Impact 3rd, three came up. The Sea & Breeze Divine Prayer outfit will be a free login reward. Stygian Nymph’s Stygian Seafoam can be earned by taking on challenge missions for tokens. There will also be an Outfit Supply banner to get a Ooh! Summer! Herrscher of Sentience outfit.

Elysian Realm is going to be an activity. As you go through this roguelike area with characters, you’ll get a chance to earn Crystals and rewards. You’ll also get to learn about and use Flame-Chasers. These eight are supporters that help you as you fight.

Finally, the Japanese dub of the Everlasting Flames short is now available.

The Honkai Impact 3rd 5.0 update will be available on August 12, 2021. The game is available on PCs and Android and Apple iOS devices.