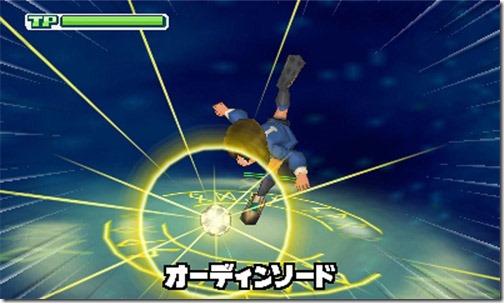 In case you’ve forgotten, Nintendo of Europe are bringing Inazuma Eleven 3 over to European territories this year. At the Japan Expo, Level 5 CEO Akihiro Hino confirmed that the game will be available on September 27th for the Nintendo 3DS.

Like in Japan, Inazuma Eleven 3 will be released in two versions—Lightning Bolt and Bomb Blast.

While the two games were originally for the Nintendo DS, Level 5 released a compilation of the original Inazuma trilogy with updated graphics on the 3DS, and we assume the European release of Inazuma Eleven 3 will be based on the 3DS remakes.

A God Hand high-five to Kevin Lopez for the heads up!