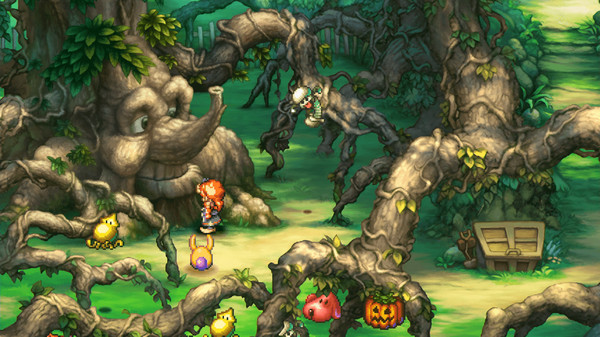 Legend of Mana is one of those games that’s been getting a larger and larger audience. Since its PlayStation roots, Legend of Mana has grown, and the recent remaster meant even more people could enjoy it. Not to mention the upcoming anime adaptation. Siliconera caught up with Producer Masaru Oyamada to talk about preparing it for new platforms.

Jenni Lada, Siliconera: When did work on the Legend of Mana remaster begin and how did it end up being picked for this revival of sorts?

Masaru Oyamada, Square Enix: If I think back to when we started considering it, that would be around 2019.

When we released the Super Famicom version of Trials of Mana outside of Japan for the first time through Collection of Mana, I remember European players telling me that they wanted us to localize Legend of Mana as well.

At the time, Trials of Mana was still in development, so we weren’t able to start working on it right away. It was also just around that same time that Warner Bros. approached us about turning it into an anime series.

Their proposal was so passionate that I felt compelled to first make the game become playable on current consoles worldwide. That’s when the production of this title started. 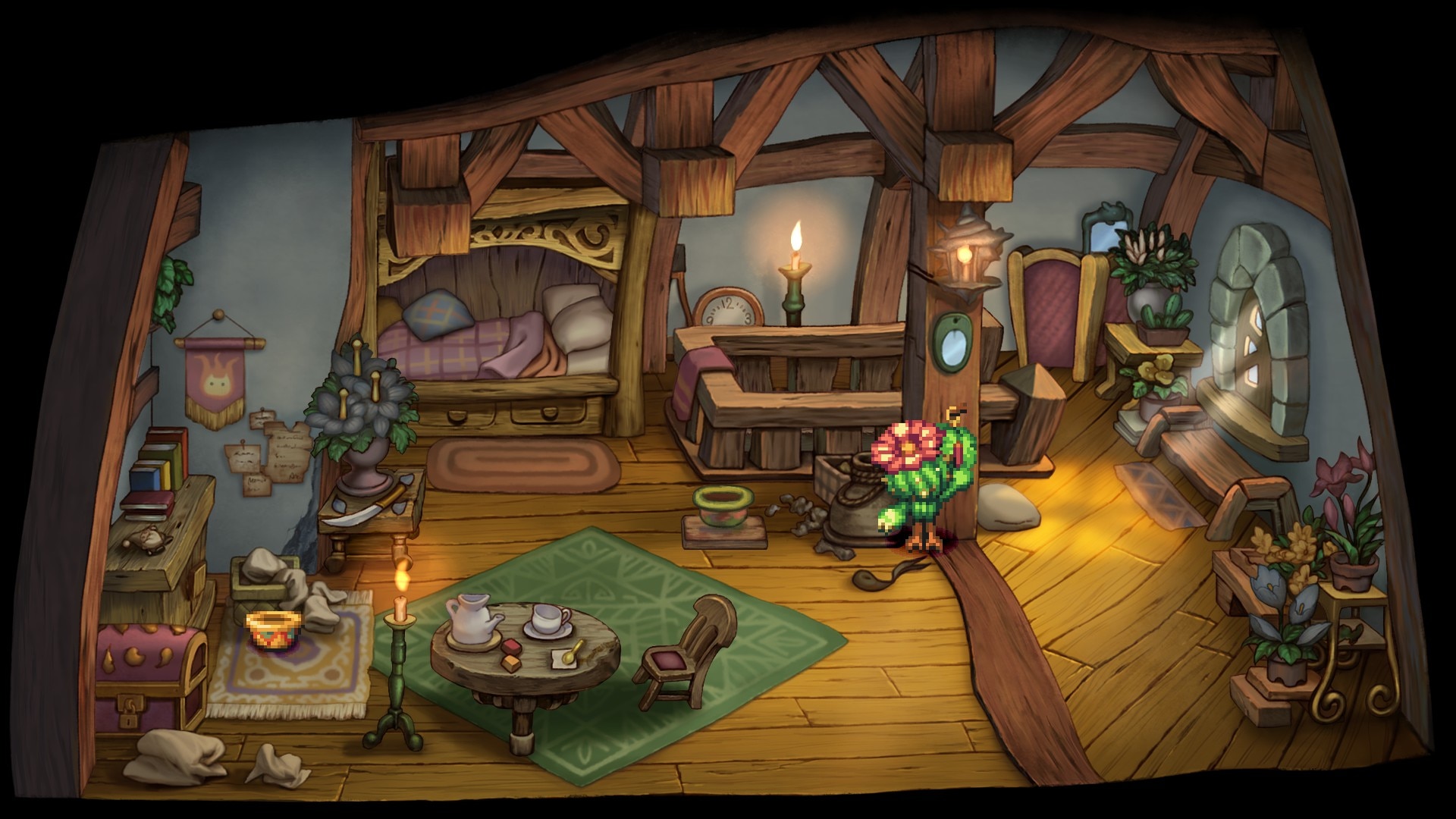 In terms of difficulty, how challenging was it to bring Legend of Mana to new consoles? Given its sprite-based characters and background designs, did that make it easier to work with?

Oyamada: Even before we began, an immediate challenge was that the game had a massive amount of volume, with 27 lands, and almost all of the backgrounds were unique.

When changing what was originally in a 4:3 aspect ratio to 16:9, there were certainly many areas that needed to be newly illustrated, and we also needed to incorporate considerations for present-day ethics into the designs. So, even though we had a base, we did dedicate a somewhat considerable amount of time to prepare them.

We were conflicted about changing the characters to make them high resolution: was making them high resolution the right thing to do in the first place? It was an area where our views within the team were split.  We’ve tried creating high-resolution character art in the past, but we decided to leave it as-is because we thought that leaving them in pixel form would be better for allowing people to play without interfering with their memories from the past.

With remasters, it’s a battle against the fans’ romanticized recollections, so it was quite difficult.

Legend of Mana offers a 16:9 aspect ratio for this release. How did the team change it from 4:3?

Oyamada: We drew additional art for areas that needed to be supplemented so that it would fit the 16:9 screen. 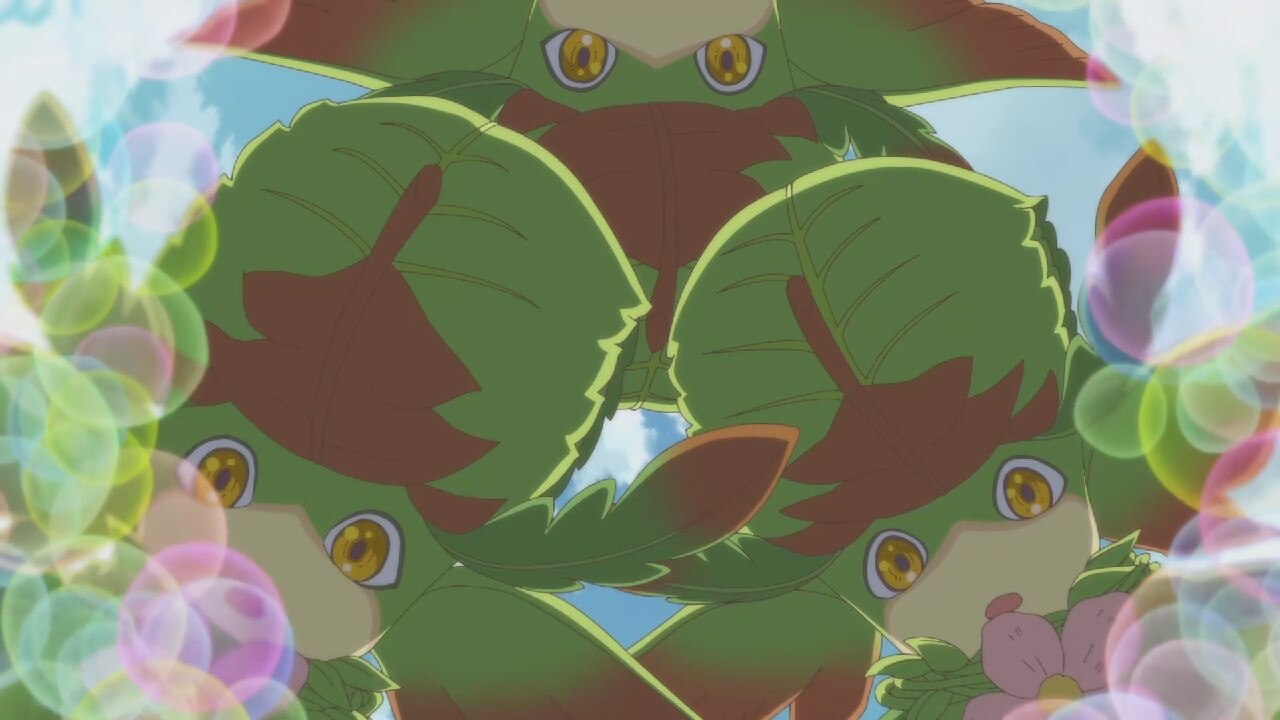 How did you prepare the Ring Ring Land PocketStation game for the Legend of Mana remaster? What sort of extra work and effort went into making it accessible and compatible?

Oyamada: The North American version, which was used as a base for this game, had originally been adjusted so that it could be played without the Ring Ring Land.

However, we had received feedback from players who wished they’d been able to play the Ring Ring Land mini-game, so we newly recomposed it so that it would function within the game.

We don’t have the original game documents from back then on hand anymore, so we were verifying movements visually by playing both the original and what we had created from the ground up. There were some points that we were unsure whether they were bugs or indeed intentional, and replicating them in both game environments was tough…

A new opening animation appears in this rerelease. How did you decide which characters would be featured in it?

Oyamada: Generally, we selected them based mainly around our companions in what we call the main scenario, but the animators had been players of the original as well, so they started wanting to include this character and that. As a Legend of Mana fan myself, seeing the number of characters they drew increase before my eyes made me feel very happy. 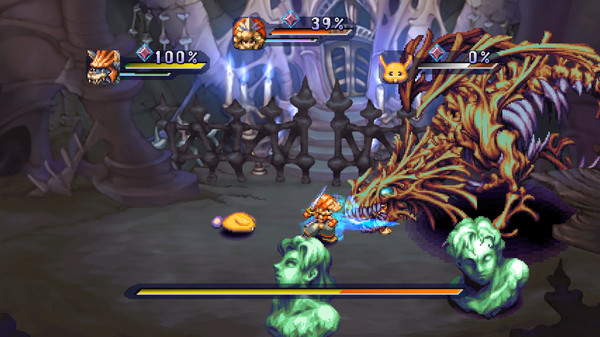 Legend of Mana is a very freeform sort of game, given its artifact system and how events are triggered. How has the reception to it changed over the years?

Oyamada: When the original game was first released, internet use wasn’t widespread, so I think it was most often the case that people would find things out through strategy books and gaming magazines, or by exchanging information with friends.

Today, information that lead to optimal solutions can be found by looking them up. However, I think this is a title that’s fun to play without looking anything up, especially now that specific conditions and such have been forgotten with the passage of so many years.

Some of the new additions might feel like anti-frustration features, such as the ability to turn off encounters or save anywhere. What led to the team implementing them?

Oyamada: Many members of the development team had played the original game back then, so everyone’s feedback came together naturally.

Due to its high level of freedom, this is a game you can keep playing endlessly, and although we want players to take their time playing their own way, we also thought it would be nice to have some extra convenience and accessibility, which is why we implemented these additional features.

Of its many storylines, which one would you say is your favorite and why? Is there one that you feel resonates more now than it did when the game was first released?

Oyamada: Among the main ones, I like the Dragon Killer arc, which feels like a classic RPG, but for subs, I like the ones where the Dudbears start getting involved. Simply because they’re cute. Dub.

I was still a child back when the original was released, so I wasn’t able to understand it on much of a deeper level, but now I feel that the Escad arc resonates with me more.