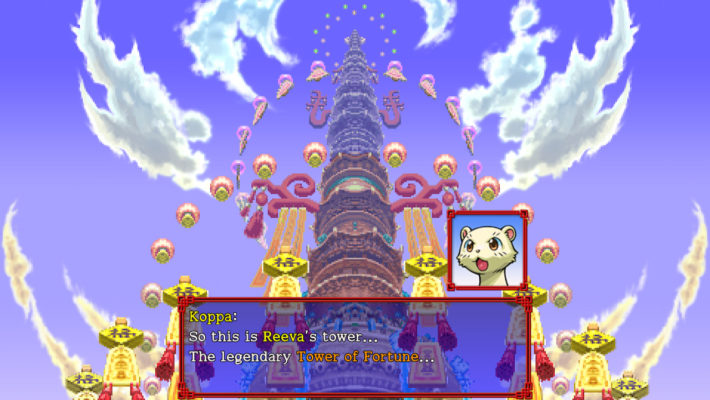 Shiren the Wanderer’s 25th anniversary is upon us. The original Super Famicom entry debuted back in December 1995. Now we’re about to see Shiren the Wanderer: The Tower of Fortune and the Dice of Fate, the fifth installment, show up on the Nintendo Switch and PC. To get a better idea of what to expect now that it’s returned, Tomoya Shinozaki, the game’s director who has been with Spike Chunsoft since 2017, spoke with us about the latest ports.

Jenni Lada, Siliconera: What led to Shiren the Wanderer: The Tower of Fortune and the Dice of Fate making the leap from the DS, then to the Vita, and finally to the PC and Switch? When did the porting process begin?

Tomoya Shinozaki, Spike Chunsoft: Sony ended production of the PlayStation Vita in 2019, making it difficult for new people to play Shiren even if they wanted to. I wanted Shiren to be available to as many people as possible, so we decided to port it to the Switch for its convenience and PC for Steam’s wide user base.

How difficult was it to bring the Vita version of the game to the PC and Switch? Were there any surprises that came up during development?

Shinozaki: We thought about the control scheme quite a bit. Vita and Switch have a similar button layout so that was easy, but we had long discussions about the optimal keyboard layout. 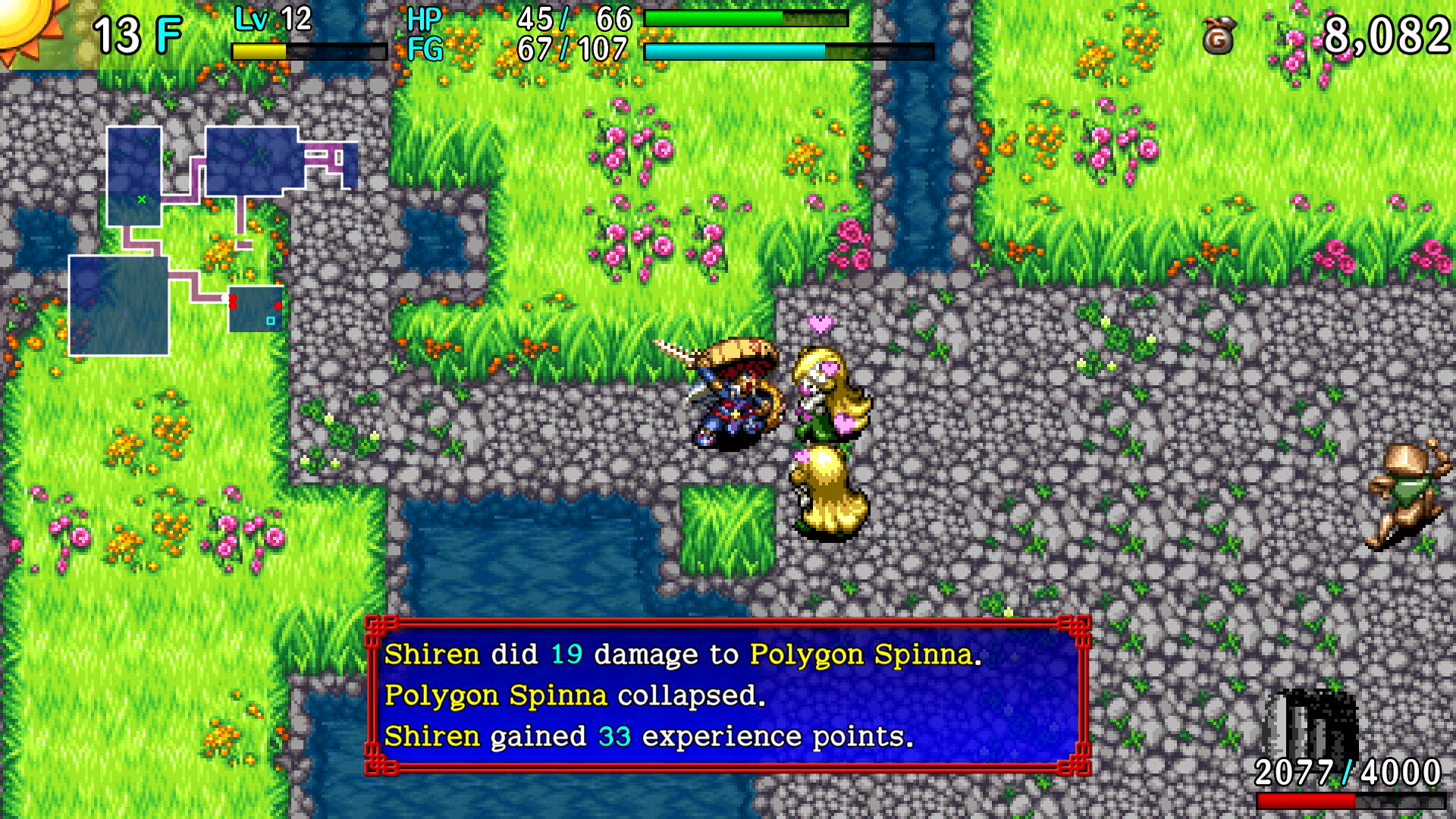 Was it easier to prepare it for the Switch, considering Shiren the Wanderer: The Tower of Fortune and the Dice of Fate was made with a handheld platform in mind?

Shinozaki: Shiren is a great fit for the Switch. The UI reads well even in handheld mode and it’s nice to be able to play it on the go in short bursts.

There are bonus dungeons in the latest version of Shiren the Wanderer: The Tower of Fortune and the Dice of Fate. What steps were taken to make them feel consistent compared to the existing ones? How were the PC and Switch’s unique features considered when creating them?

Shinozaki: For the bonus dungeons, I wanted to use rules that offered replayability while also challenging players to rethink their strategies.

Bladeless Wasteland doesn’t have any weapon drops and your physical attacks are weaker, forcing you to rely on ranged attacks, like arrows, rocks and staves.

Cloister of Certain Doom lets you adjust the difficulty with a self-imposed turn limit. Fail to clear the dungeon in the turn limit and the Wind of Kron will blow you back to the surface. Once you set a personal record, see how low you can take it!

The Garden of Destiny is unlocked after clearing the main scenario. Enemies give a huge EXP boost if you defeat them in one hit, but less EXP the more hits it takes. You’ll randomly encounter allies from the main scenario, which changes how you tackle the challenges ahead.

The Live Display is new for these versions of Shiren the Wanderer: The Tower of Fortune and the Dice of Fate. What made the team decide to add it to the game?

Shinozaki: Before I joined Spike Chunsoft I used to watch streamers play Shiren. (Well, I still do…) Some streamers would customize their overlays to show all sorts of in-game information, like their inventory and dungeon progress. As a viewer, it made the gameplay easier to follow, so as a dev, I wanted to implement something similar.

Live streams are a great way to discover new games and strategies, so I hope people pick up Shiren to share with their audience. 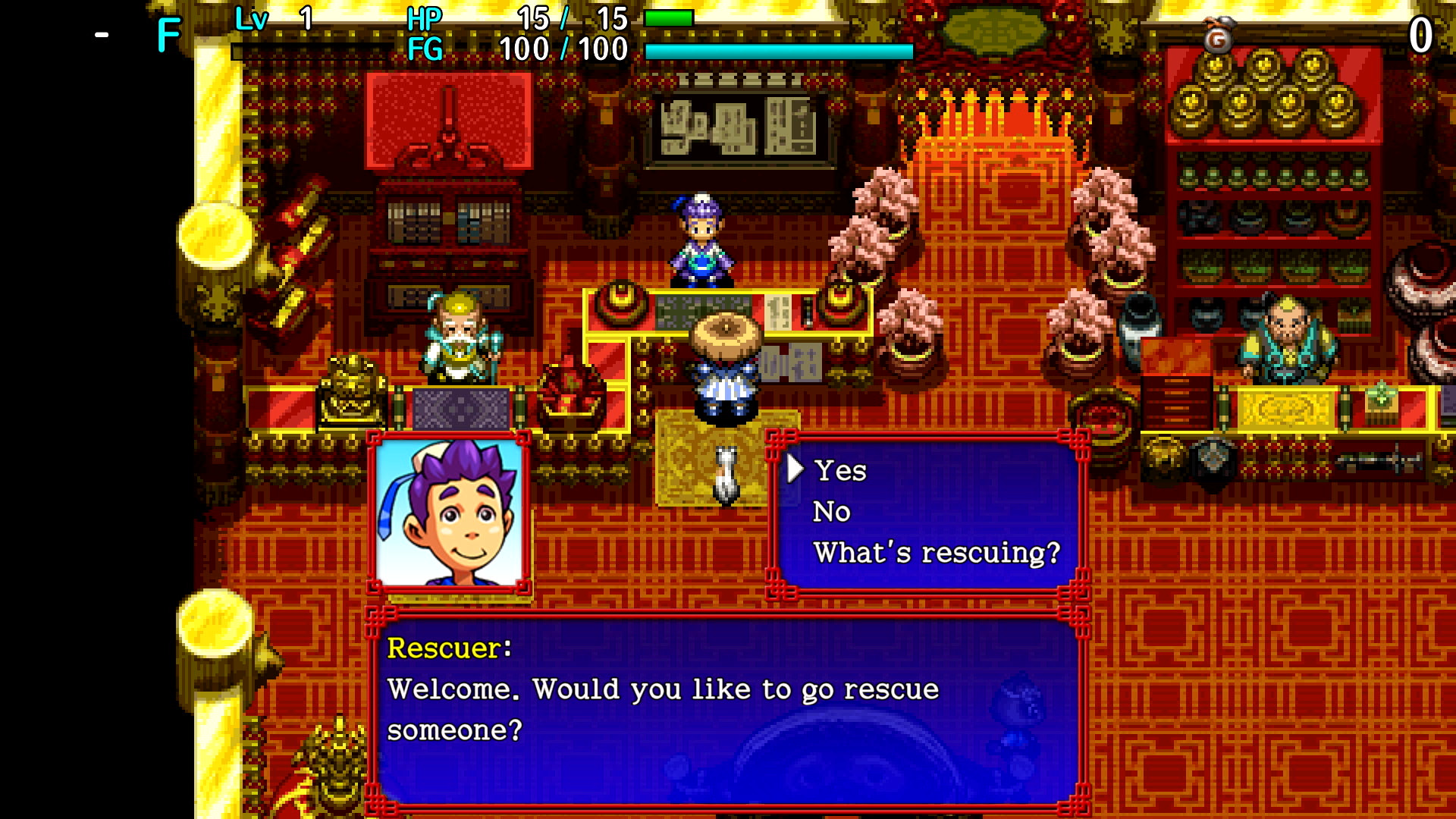 Shiren the Wanderer: The Tower of Fortune and the Dice of Fate is now region-free, when it comes to rankings and rescues. What led to the change? How difficult was it to implement, since the Vita didn’t offer that?

Shinozaki: I wanted players to be able to rescue anyone from around the world, regardless of region or language. This is especially important on Steam, which is a global platform. I won’t bore you with the details but suffice to say it was a unique challenge given how the system was originally designed.

What do you consider most important when developing any Shiren the Wanderer game?

Shinozaki: The Shiren series offers a very particular play experience and has a following of hard-core fans, so maintaining that “Shiren” feeling is vital.

Little things that you wouldn’t expect, like movement speed and input response time, are part of the overall feel, so we wanted to make sure everything was on point.

Which Shiren the Wanderer game do you enjoy the most and why?

Shinozaki: I have to go with the original Mystery Dungeon: Shiren the Wanderer for the Super Famicom. I first played it when I was a student. There’s something addictive about losing your gear and starting from scratch each time you collapse.

This title is still popular in Japan. At a recent speed run event, the top time for Table Mountain, the main scenario dungeon, was just twelve minutes. That competition left me speechless.

What would you like to implement or see appear in a sixth Shiren the Wanderer game?

Shinozaki: The Live Display Mode got a huge fan reaction, so if there is a sequel I’d like to include more features that make the game easy to stream and fun to watch.

Shiren the Wanderer: The Tower of Fortune and the Dice of Fate will come to the Nintendo Switch and PC on December 2, 2020.