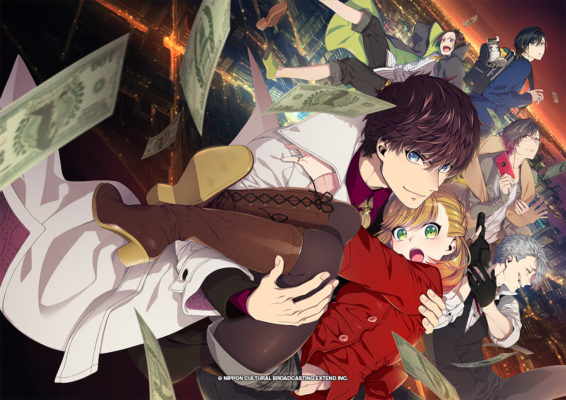 Back on December 18, 2020, Extend announced its otome visual novel, Bustafellows, would get an English release. At the time, we didn’t know when it would appear or which platforms it might appear on. But now PQube stepped in with additional details. Namely, Bustafellow Switch and PC copies will appear in 2021.

In Bustafellows, players follow a reporter who can better determine what’s going on by actually going back in time and seeing what happened through someone else’s eyes. She’ll then discover new clues that can help her discover the truth and perhaps unlock additional stories or reach ideal endings. There’s also a romantic element, as she can start a relationshp with Helvetica, Limbo, Mozu, Scarecrow, and Shu, five men she’ll encounter during her investigations.

You can meet the five love interests and get a better idea of who they are and what they’re capable of in the announcement trailer. It also lets you see how her special ability works and perhaps even helps her save people’s lives.

Bustafellows Switch and PC copies will be released outside of Japan in 2021, with the PC versions appearing on Steam. The visual novel is immediately available on the Switch and mobile devices in Japan, with a sequel in development.