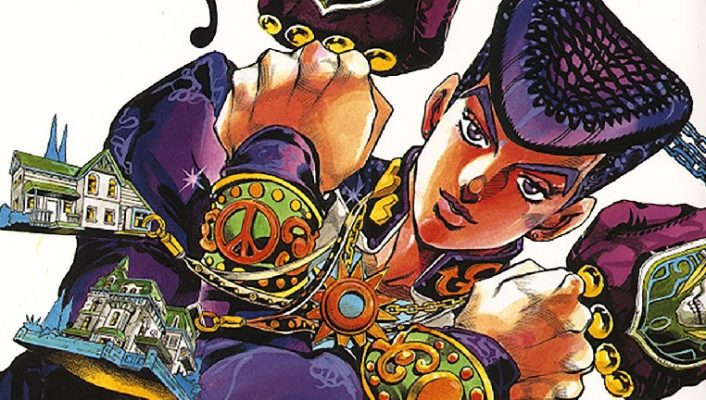 VIZ announced that JoJo’s Bizarre Adventure artbook, JoJo 6251: The World of Hirohiko Araki, will come out in Spring 2022. There is no set release date as of yet. The hardcover compendium features art from parts 1 to 4, as well as character and Stand profiles. There is also a timeline of events, and a handy glossary of the series’ terminology.

JoJo 6251: The World of Hirohiko Araki first came out in Japan on December 10, 1993. It came out while Araki was still working on Diamond is Unbreakable, as JoJo’s Bizarre Adventure part 4 ran until December 1995. There are colored spreads and cut-outs from the manga in the artbook. Aside from character profiles, there is also a family tree of the Joestar family. Of course, as Shueisha and Lucky Land Communications released the artbook in the midst of Diamond is Unbreakable, characters like Giorno and Jolyne do not appear in the book or on the family tree.

Speaking of Jolyne, David Production announced the anime adaption of Stone Ocean, as well as an upcoming Nendoroid of Jolyne. For those who might visit Hakata later this year, an exhibition called JOJO WORLD in HAKATA will run from July 16 until September 12, 2021. It features booths and attractions inspired by the first five JoJo’s Bizarre Adventure parts.

The English version of JoJo 6251: The World of Hirohiko Araki will come out in Spring 2022.