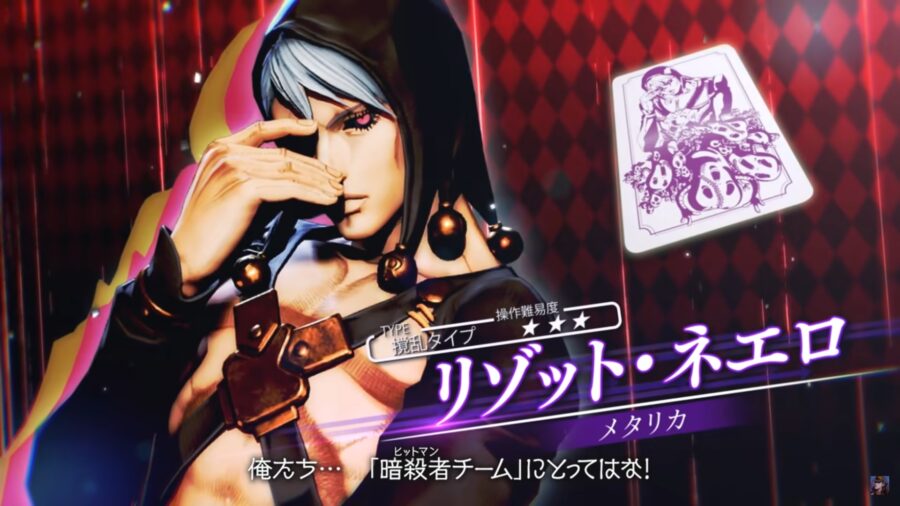 As a character obsessed with strategy and tactics, Nero’s skills revolve around sneaking around and attacking enemies from afar using ranged throwing knives and invisibility. Using his stand Metallica, he can gather metal particles from the air and create up to five knives to throw at other players all at once.

Risotto Nero can also turn completely invisible from other players. The ability will not prevent him from making detectable noise, though. However, the skill does prevent homing abilities like Kira Yoshikage’s Heart Attack from following the player. Nero can also revive other players while staying invisible. Additionally, Nero will automatically recover health over time if he has taken damage, though the skill will not carry over while cloaked.

You can check out the JoJo’s Bizarre Adventure: Last Survivor Risotto Nero character trailer below:

JoJo’s Bizarre Adventure: Last Survivor is available to play now in Japanese arcades. Risotto Nero will appear in the game on September 8, 2021.