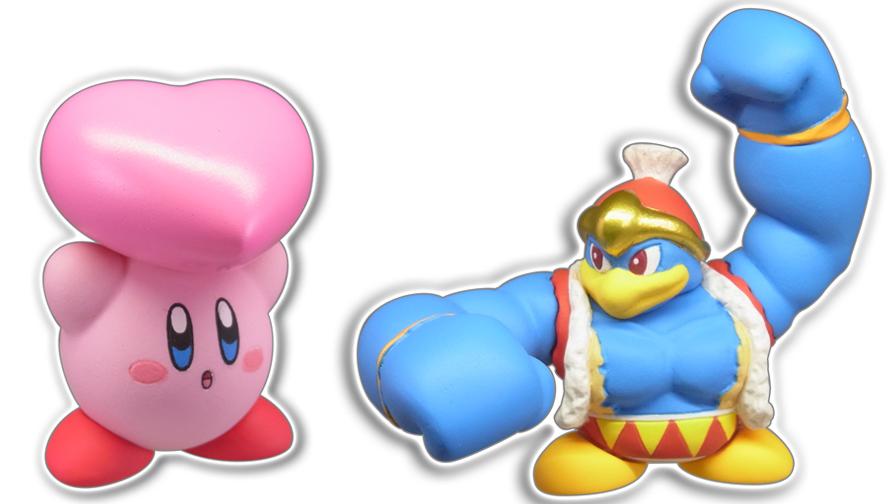 Takara Tomy Arts announced it will begin reselling its gacha line of Kirby Star Allies figures. The collection features a total of five gachas, including a buff King Dedede. Priced at 200 yen each, the figures will go on sale in Japan in mid-April. [Thanks, Hobby Watch Impress!]

The figures in the gacha line are each modeled after the designs in the Nintendo Switch title Kirby Star Allies. Although the collection is primarily just the hero himself, we do get some King Dedede appreciation, too. The five varieties are Kirby (Throwing a friend heart), Kirby (Spider ability), Kirby (Cleaning ability), Kirby (Artist ability), and buff King Dedede. Fans of the game will remember this unique variant from an early boss fight. Additionally, each model is a bit larger than usual gacha goodies. On average, the Kirby figures are about 38mm (1.5 inches), while King Dedede is 60mm (2.4 inches).

The Takara Tomy Arts gacha line of Kirby Star Allies figures will go back on sale in Japan in mid-April. Each pull will cost 200 yen.