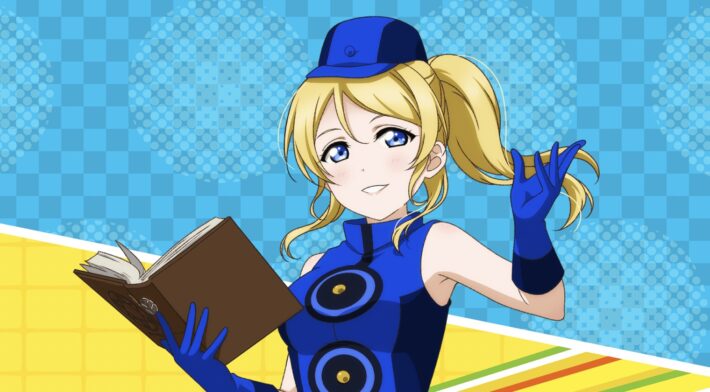 The Love Live! School Idol Festival Persona crossover poster girl costume’s been revealed, and Eli Ayase will dress as Persona 3‘s Elizabeth. In May 2021, a KLab poll appeared to determine who would get that “starring” role. Now the official website for the event updated to show her as the campaign girl in the full outfit.

This new Love Live! School Idol Festival Eli costume is exactly based on Elizabeth’s look in the games. She has the full Velvet Room attendant blue dress, complete with the hat and gloves. She also carries the Persona Compendium Elizabeth always wields in Persona 3 and its spin-offs. The official global Twitter account also shared a photo of a standee of Eli in this outfit.

In celebration of the "Persona Series x SIF" collab from 10/31, a life-size standee of the collab campaign girl #EliAyase is being exhibited????

The website also noted when additional reveals released to the Love Live! School Idol Festival Persona crossover will appear. Updates will arrive on October 1, 2021, October 12, 2021, and October 25, 2021. Since there are three, this could involve reveals of other characters in their Persona outfits. Each one will show up in an outfit based on a Persona 3, 4, or 5 heroine’s Persona. There will be three outfits inspired by each game.