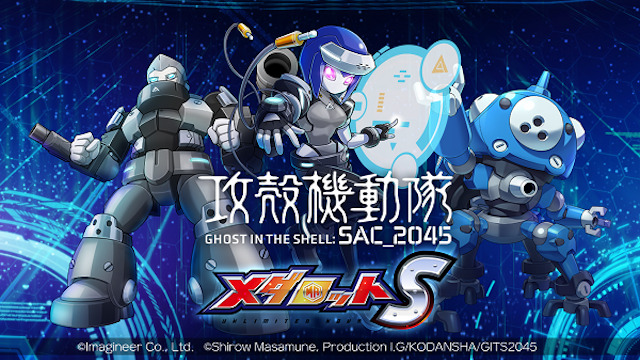 Imagineer announced the first-ever collaboration event for Medabots S. The Medabots mobile game will add content inspired by Ghost in the Shell: SAC_2045. It will feature original Medabots and costumes based on characters from the sci-fi show. [Thanks, 4Gamer!]

The collaboration will add three new Medabots inspired by Ghost in the Shell characters. Nine’s Leader is based on Motoko Kusanagi, Muscle Borg is modeled after Batou, and Oil Clay bears a resemblance to the Tachikoma. Nine’s Leader and Muscle Borg will be available through a limited pick-up gacha pool, while Oil Clay is obtainable by gathering tickets from clearing the event-exclusive Robattle.

Imagineer will also add exclusive costumes based on Motoko and Batou that can be worn by Medabots S characters Hisaki and Arase, respectively. These costumes can be obtained from the ticket exchange and as login bonuses. 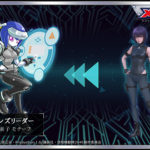 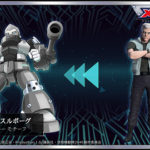 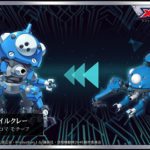 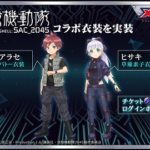 Medabots S is immediately available on Android and iOS devices in Japan. The game recently celebrated its first anniversary after it launched on January 23, 2020. The Ghost in the Shell: SAC_2045 collaboration event will be held on February 4-18, 2021.

Although Imagineer also released the Medabots Classics Plus compilation on Nintendo Switch, the franchise never had a localization outside Japan since the 2003 GameCube title Medabots Infinity. The trademark was even left to expire in Europe, that another person eventually claimed it and triggered a lawsuit at the EU Trademark Court.