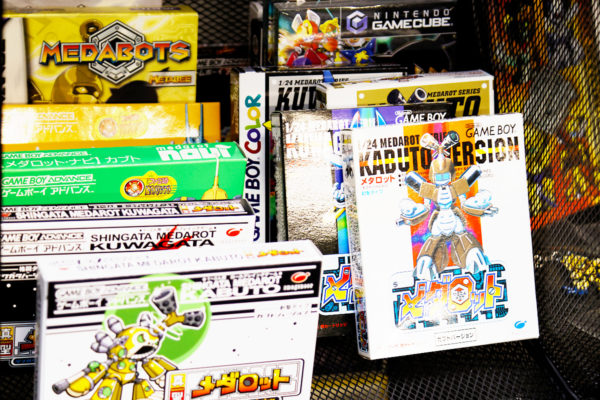 Late last month, an interview with leader of Imagineer’s Medabots team Unohee, was released. He explained just how Medabots S ended up being a smartphone game, and how other options are still open. [Thanks, 4Gamer!]

Please tell us about how the Medabots S project got started.

I’ve always said since the [Docomo] i-Mode days that it’s better to play Medabots on mobiles. “Wouldn’t it be fun if we could play Medabots on Docomo phones?”, I said. When mobile games like Gree’s took off, and when the iPhone came out, I said, “Shouldn’t we release a Medabots app?”, but it didn’t come to fruition.

And for Medabots S… to put it quite simply, it was just the right timing.”

4Gamer: On the other hand, did you ever want to release a Medabots for home consoles?

Unohee: “It’s true that I hear “I want Medabots to release on PS4″ a lot. Medabots on PS4 definitely would be fun. Medabots R wasn’t really bad… except for its long loading times.”

4Gamer: True, there was some stress thanks to that.

Unohee: “Right? If you could smoothen that out, it could definitely work as a console game.”

4Gamer: Maybe something like a Medabots in VR where you give orders to the Medabots right in front of you…

Unohee: “I think that would work. Actually, I think there are around 3,4000 3D models for the Medabots? There isn’t much content out there with so many 3D models of such cool-looking robots, so I hope there will be the opportunity to have someone make one.” (laughs)

Medabots S will begin service on iOS and Android on January 23, 2020. Late last year, the official Twitter was gauging Nintendo Switch ownership, which you can read about here.