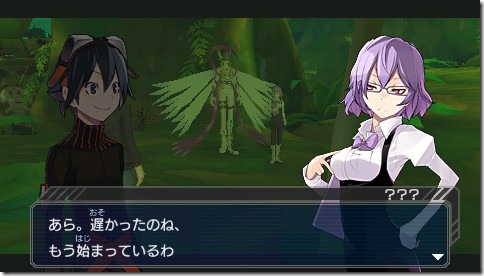 The last trailer for Digimon World Re:Digitize mentioned a character named Mirei Mikagura. Today, we have a little more information on her and her Digimon.

Mirei is described as “cool” and “strong,” and is a mysterious girl who’s an ice-queen type. Her intentions are unclear and no one knows who she is, but she seems to know something about the dangers surrounding the Digital World. She seems to have a vested interest in the main character, for some reason. Screenshots show her fighting alongside him. 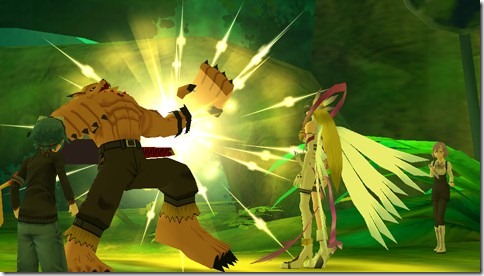 Mirei has two partners, and can change between them. This symbolizes the fact that she has two sides to her, but it isn’t clear whether they’re two entirely different partners, or it’s an evolution. The first is Angewomon, who is an archangel-type Digimon. She has a calm personality, doesn’t forgive evil deeds, and won’t relent until its opponent surrenders.

Angewomon’s species is often referred to as the goddess of the Digital World, and she uses Celestial Arrow and Heaven’s Charm attacks. 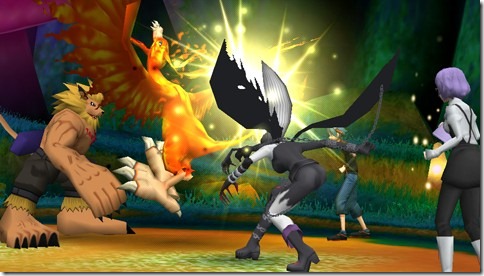 The other is Ladydevimon, a fallen angel Digimon. She’s arrogant and powerful, and contains undiluted dark power, which is why she’s rarely, if ever, raised by a human. She uses Darkness Wave (or Evil Wing, depending on the dub version), which sends countless waves of darkness in the shape of flying bats towards the opponent.

Re:Digitize also has a training gym where you can train your Digimon. Different training equipment raises different stats, and this is essential to keep in mind for raising a balanced Digimon.