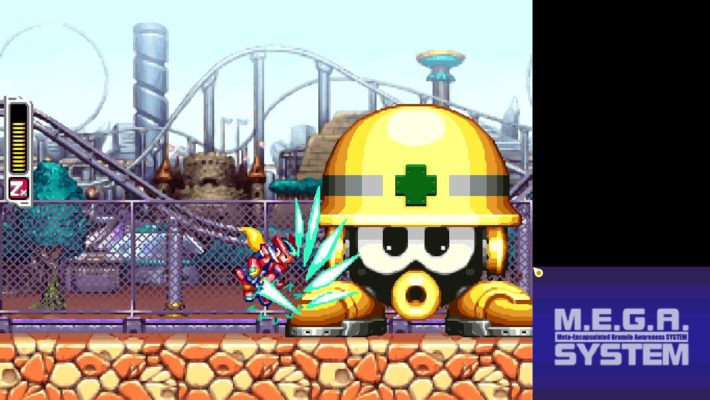 Siliconera: How long has Mega Man Zero/ZX Legacy Collection been in development?

What kinds of adjustments and accommodations needed to be made during Mega Man Zero/ZX Legacy Collection’s development to aid in the transition from two screens to one?

Tsuchiya: In order to merge the dual-screen gameplay from Mega Man ZX and ZX Advent into a single-screen experience, we’ve been fine-tuning the subscreen so that players can use their controller’s right analog stick and play comfortably. In addition, players can adjust the subscreen’s placement to match their preferred layout, and can even make the subscreen translucent or remove it completely based on personal preference. We wanted to make sure we provided a variety of options to match users’ needs and desires. 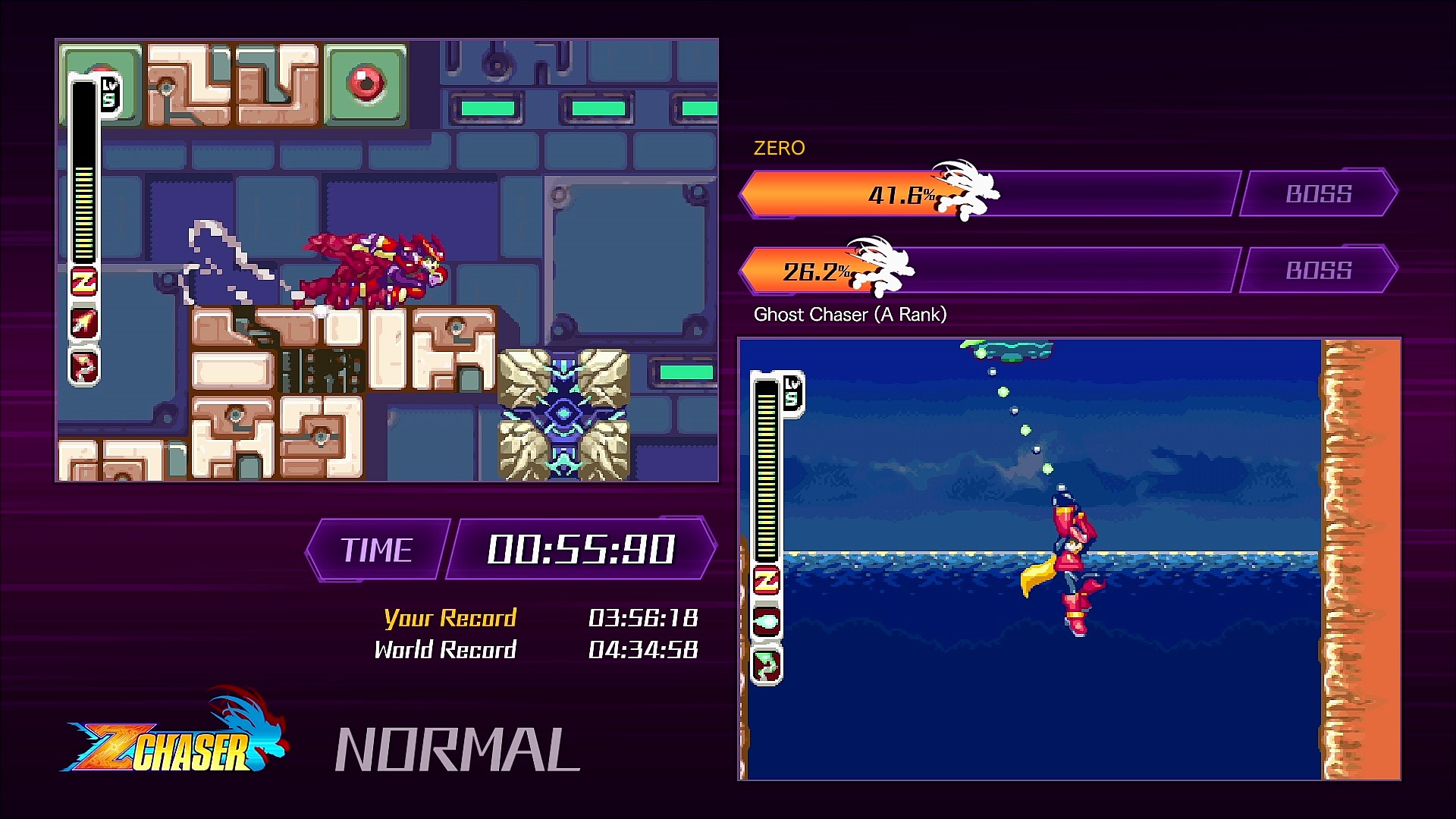 How did the team come up with the idea of Z Chaser mode?

Tsuchiya: In the midst of brainstorming new game mode ideas, we saw a video of a Mega Man speed run tournament on YouTube. When we saw the participants’ serious expressions and their passionate fans supporting them, we wondered if there was a way to recreate this type of excitement for people at home. That’s how Z Chaser Mode was born. If you have two controllers handy, you can play this mode locally against your friends. Call them over, go head to head, and see who comes out on top.

Tsuchiya: We decided to include these features so that we could offer a single definitive collection that includes all games and special modes from the original Mega Man Zero and ZX series releases. Software required for Mega Man Zero 3 Bonus Cards features wasn’t available globally, and there are several fans who were unable to enjoy these contents when the games were first released.

Additionally, Mega Man Zero 3 and 4 Plus Mode features also required specific software to play them. That’s why, during our initial planning stages, we decided it was imperative to include these contents for all of those fans who haven’t yet had the opportunity to experience these modes and features. 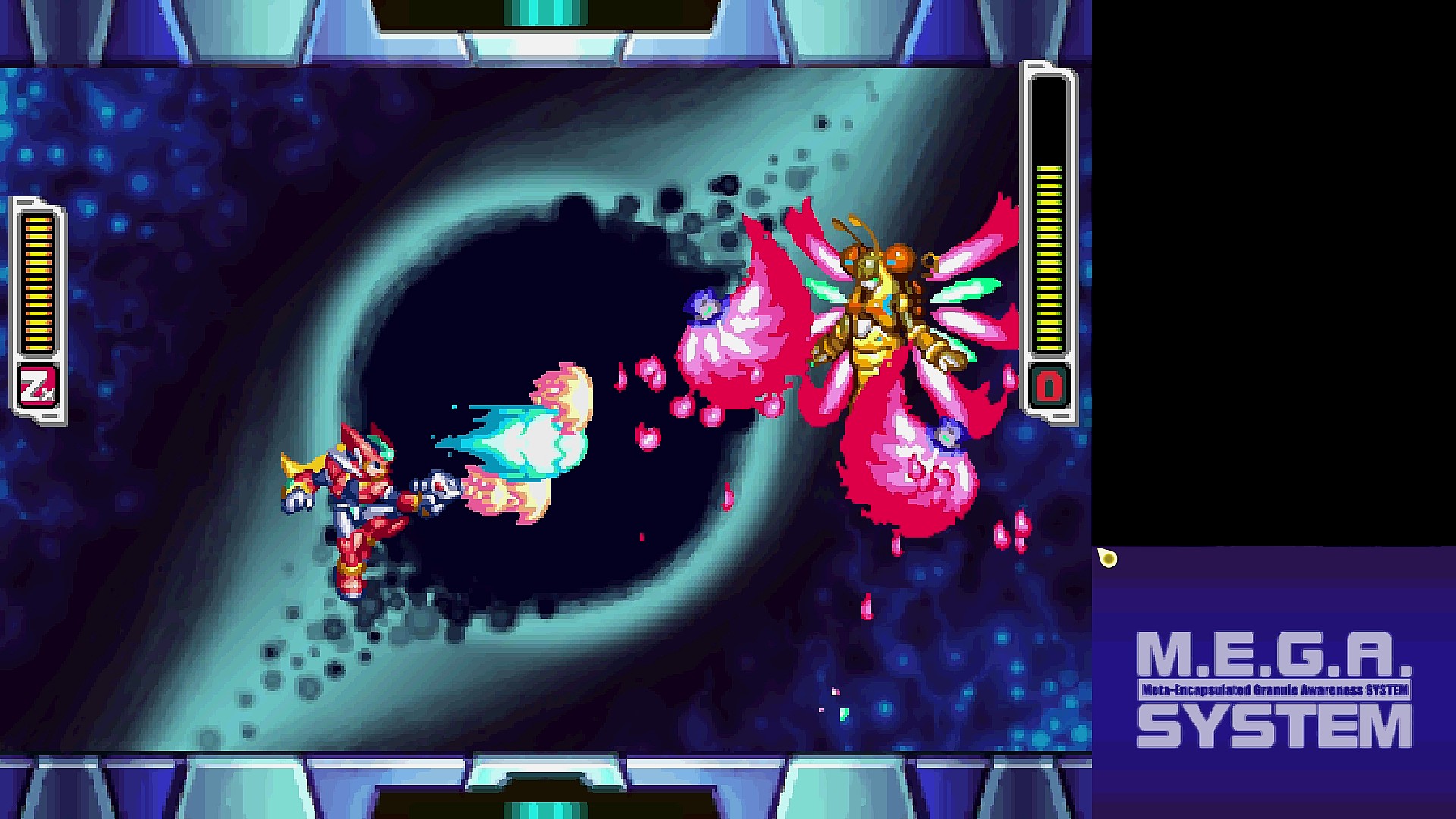 Tsuchiya: Since numerous fans enjoyed X-Challenge Mode in the Mega Man X Legacy Collections, we learned that they are willing to try out and enjoy new modes in addition to past Mega Man games. That’s why we decided to create Z Chaser Mode exclusively for Mega Man Zero/ZX Legacy Collection.

When collecting art for the gallery, how do you decide what makes it in and did you come across any concept art that especially resonated with you upon returning to it?

There aren’t any published art books for the Mega Man ZX series, so we think that the Mega Man Zero/ZX Legacy Collection’s gallery is pretty special. 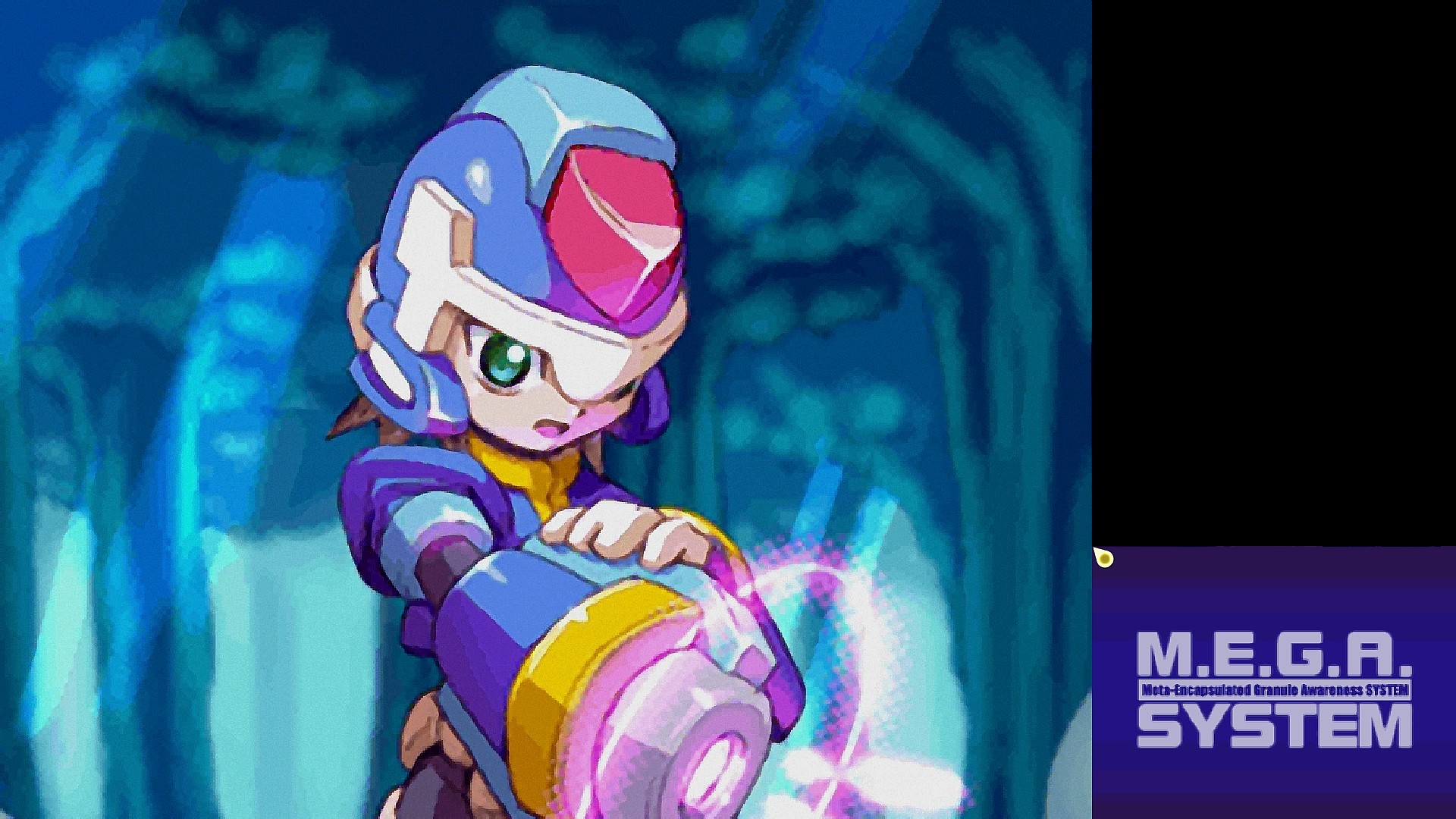 Which of the Mega Man Zero/ZX Legacy Collection minigames are your favorite and why?

Tsuchiya: My favorite mini-game is Energy Converter from Mega Man ZX. I can play it without putting too much thought into it, plus it helps a lot with relieving stress from work.

Ten Reploid Remixes are included as a preorder bonus for Mega Man Zero/ZX Legacy Collection. How did you determine which tracks received the honor?

Tsuchiya: Our biggest point of reference was the Mega Man community. We did a good amount of research on Mega Man fan sites and video game music sites. This helped us identify songs that were well-known and popular among the community. We also selected tracks from memorable in-game scenes.

All of the Reploid Remix tracks included in the Music Player were composed and arranged by staff who worked on past Mega Man games, so keeping their genre specialties in mind, we also selected songs that would allow them to create remixes that fans would enjoy.

When the Mega Man Zero/ZX Legacy Collection delay was announced, lots of fans came forward to thank the team, say they understood and didn’t mind, and were generally okay with waiting for the developer to deliver the game when they felt it was ready. The YouTube video announcement even had no dislikes for quite some time. How did you feel about the fan response?

Tsuchiya: At first, I was worried that fans would be disappointed by or make harsh comments about the news of the delay. However, the Mega Man Zero/ZX Legacy Collection team is deeply grateful for the warm words of support we received in response to the announcement.

Postponing the game’s release was a difficult decision to make, but we decided to do so to ensure that we could release the most satisfying game possible. The fans’ kind messages are truly heartwarming. We hope that Mega Man Zero/ZX Legacy Collection becomes a game that you hold on to for years to come.

We’d love for you to continue to share your thoughts on Capcom Unity and Capcom USA’s official Mega Man social media accounts. Thank you again for your kindness and support, everyone.

Mega Man Zero/ZX Legacy Collection will come to the Nintendo Switch, PlayStation 4, Xbox One, and PC on February 25, 2020.