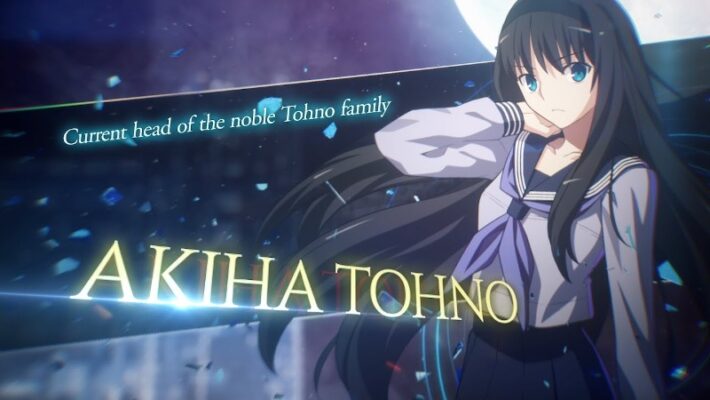 Type-Moon published a new Melty Blood: Type Lumina Battle Preview trailer for Akiha Tohno. The development team described Akiha as having a battle style of pinning down her opponents gradually. She accomplishes that by launching Special moves that have a broad attack range.

The trailer shows that Akiha also has a couple of moves that let her move to her opponent’s back. It culminates by showing her Arc Drive move, where she grapples her opponent to deal massive damage.

The English Melty Blood: Type Lumina Battle Preview trailer for Akiha Tohno is available to watch below. While Type-Moon also uploaded a Japanese version at the same time, both trailers feature Japanese voiceovers. The only differences found in the English version are the gameplay description text and subtitles for the pre-battle scenes.

Type-Moon previously published individual character trailers for Shiki Tohno, Arcueid Brunestud, Ciel, and Kouma Kishima. It also confirmed that Hisui and Kohaku will appear in the playable roster as well. The upcoming fighting game is slated to have more than 10 playable characters at launch. It will also have Shield Counter and Auto Combo systems.

Melty Blood: Type Lumina will be available for the PlayStation 4, Nintendo Switch, Xbox One, and PC simultaneously worldwide on September 30, 2021.