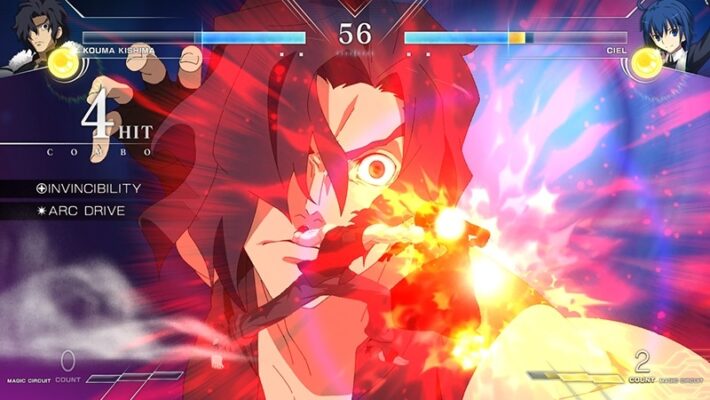 Type-Moon has revealed that Kouma Kishima will be one of several playable characters in Melty Blood Type Lumina. Kouma Kishima also appeared in Melty Blood: Act Cadenza. Type-Moon released a trailer alongside the announcement to its official YouTube, which showcases some of his abilities in the upcoming fighting game. [Thanks, 4Gamer!]

While this is not the first time players will have the opportunity to play as Kishima, he will have an entirely new voice actor for Melty Blood Type Lumina. Daiki Hamano will provide the voice for Kishima. Hamano has appeared in series such as Mobile Suit Gundam: Iron-Blooded Orphans and DARLING in the FRANXX.

As mentioned previously, the video demonstrates the variety of moves players can execute as Kishima. This also includes his Moon Drive ability. Kishima is a close-ranged fighter that specializes in fist attacks. Additionally, Kishima will have “super armor.” However, it is mentioned that in comparison to other characters his movement is quite slow.

Previously, during the Type-Moon TIMES Vol. 3 broadcast, Type-Moon revealed that Hisui and Kohaku will join the roster of playable characters. Additionally, the official Twitter account has posted gameplay videos leading up to the release of Melty Blood Type Lumina.

Melty Blood Type Lumina will release on the Nintendo Switch, PlayStation 4, Xbox One, and PC through Steam on September 30, 2021.