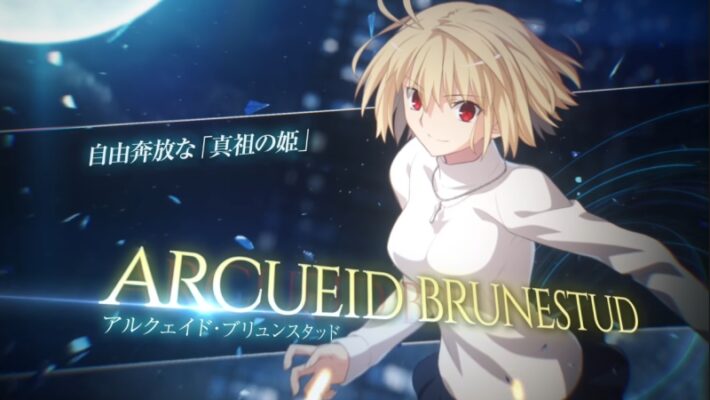 The trailer shows off the new character design for Arcueid Brunestud, as she appears in Tsukihime: A Piece of Blue Glass Moon. Arcueid is a princess of the “True Ancestors,” a race of vampire-like creatures with supernatural strength and magical powers. In Melty Blood: Type Lumina, Arcueid enthusiastically tears apart her enemies – or in this case, her partner Shiki Tohno – with swipes of her bare hands. She’s characterized as a close-in fighter with powerful specials. In the earlier Melty Blood titles Arcueid was often called a “gorilla” character, a fighting game term for a character with strong regular attacks and an aggressive style that can be mistaken for button-mashing by unfamiliar observers. That style seems to have rubbed off a bit on her Type Lumina iteration, as well.

Melty Blood: Type Lumina is due for release on September 30, 2021. It will arrive PS4, Nintendo Switch, Xbox One, and PC via Steam, and include language support for Japanese, English, Chinese, and Korean. Shiki Tohno, Arcueid, Akiha, Ciel, Hisui, and Kohaku were confirmed for the roster early on, and Kouma Kishima, a character from Tsukihime sequel Kagetsu Tohya was added, too.