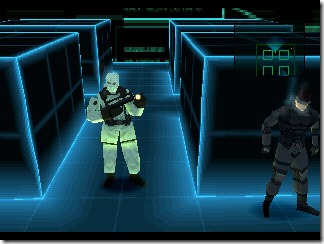 The ESRB has rated Metal Gear Solid: VR Missions for the PlayStation 3, PSP and PlayStation Vita, indicating that the PS One game is likely headed to PlayStation Network.

Metal Gear Solid: VR Missions was originally released back in 1999. It contained a large number of virtual reality missions similar to the ones in the original Metal Gear Solid, which was released prior.

Neither Konami nor Sony have officially announced the release of the game yet.

Update: Something that slipped our minds is that Metal Gear Solid: VR Missions is also available through a download code included in the Metal Gear Solid: The Legacy Collection bundle, which was released earlier in the month. It remains to be seen if the ESRB’s rating is for a separate standalone release of the game.